Aluminium, also referred to as mud gold, was just as expensive as gold in the initial stages of its production. Bauxite mining stated in the 1920s in Hungary, but its golden age only came with the 1960s when it was produced for the COMECON market, and this is the period when it became a symbolic natural resource of the light industry. […] The aluminium trays embellished with different designs are the socialist equivalents of the silver trays of bourgeois homes, paradoxical objects of the aesthetics of socialist homes built on the ruins of bourgeois lifestyle. […] Albert uses his collection to critically investigate the boundaries between ‘found objects’ and manufactured objects; moreover, this art critical attitude returns at several points of the installation, placed into different contexts. […]: Albert uses the aluminium trays as printing plates; he uses the “etchings” as the basis to make prints. After removing the edges of the trays, the trays which have now lost their function become “plates”, that is “tools” of a 16th century printmaking technique. […] Plants seem to have “crawled” here from the previous exhibition: succulent plants had escaped the laboratory surroundings characterised by protective and sustaining artificial light and the searching anthropomorphic look of magnifying glasses. They have now been placed onto flower stands wielded from rod iron characteristic of socialist interior design (do it yourself), filling the empty bell jars of Descriptio. (VARGA, Tünde | 2014) 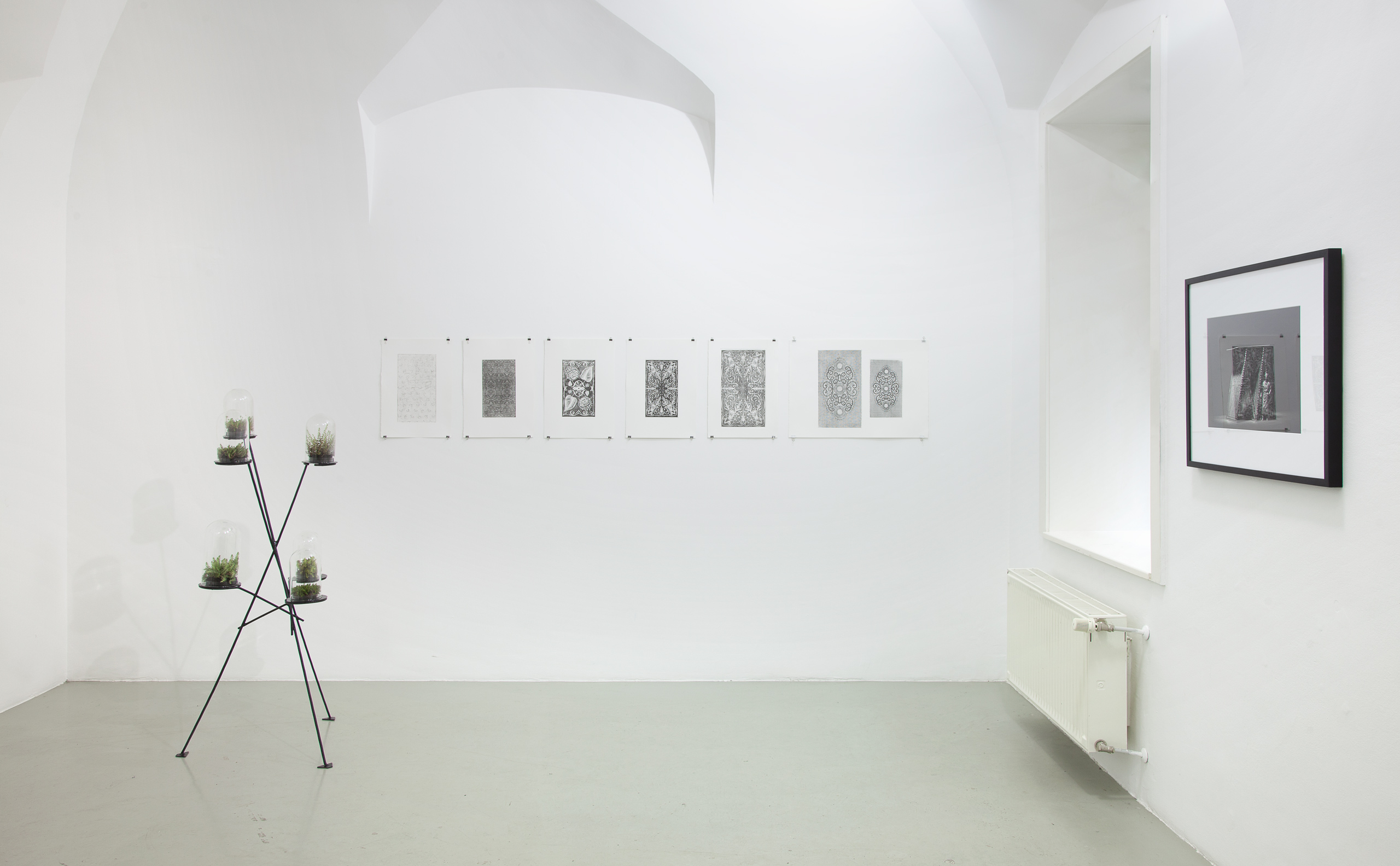 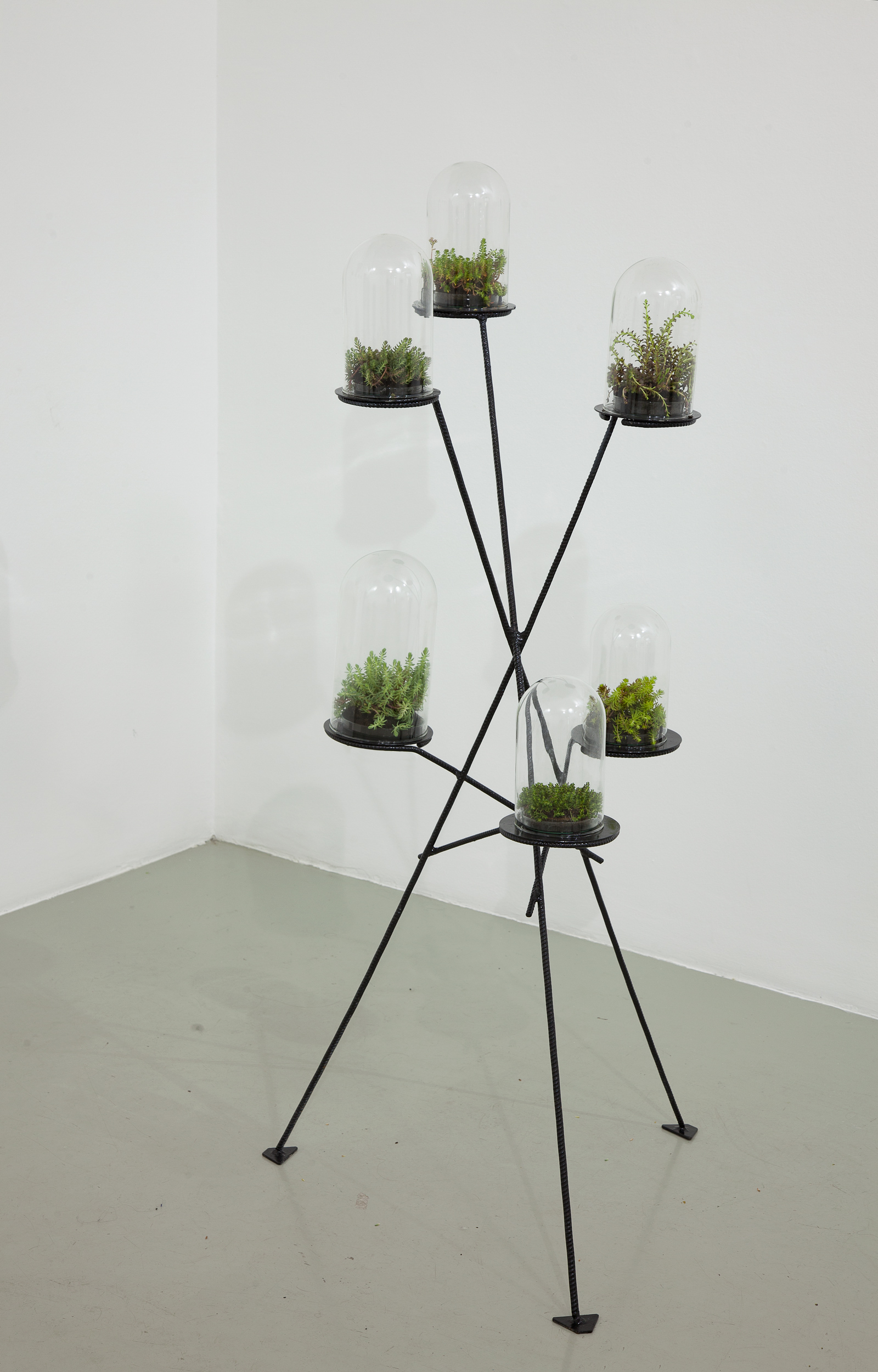 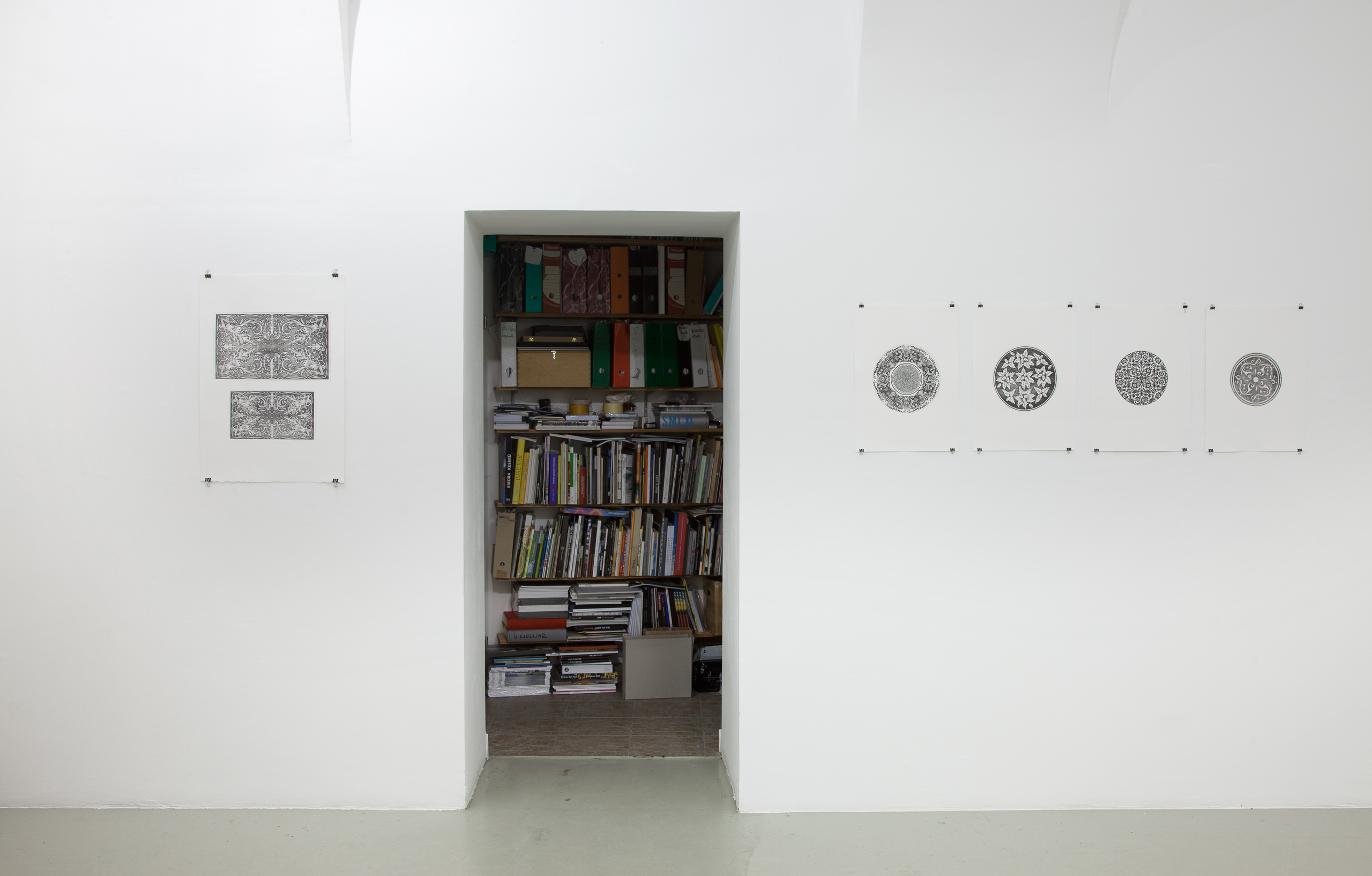 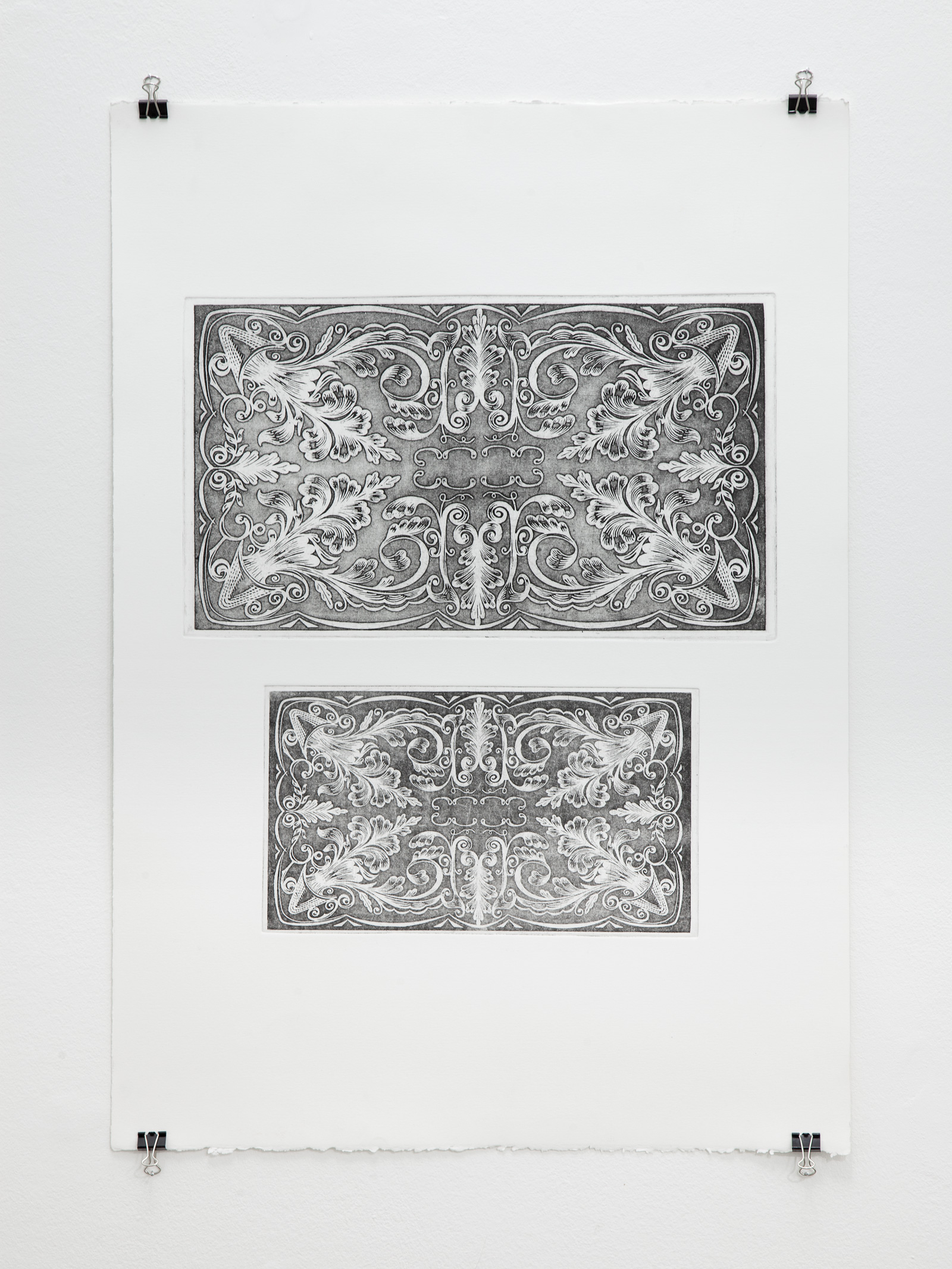 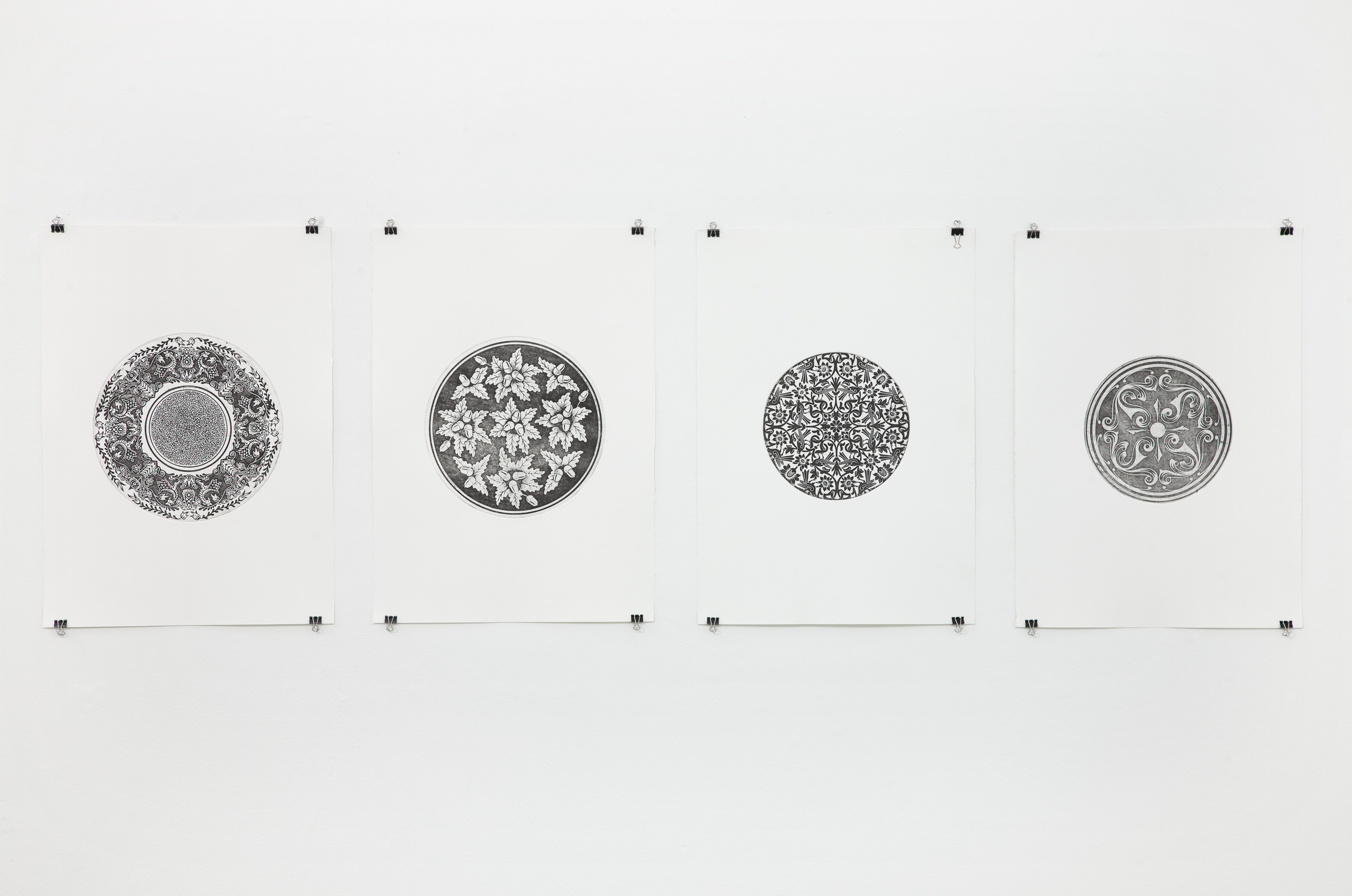 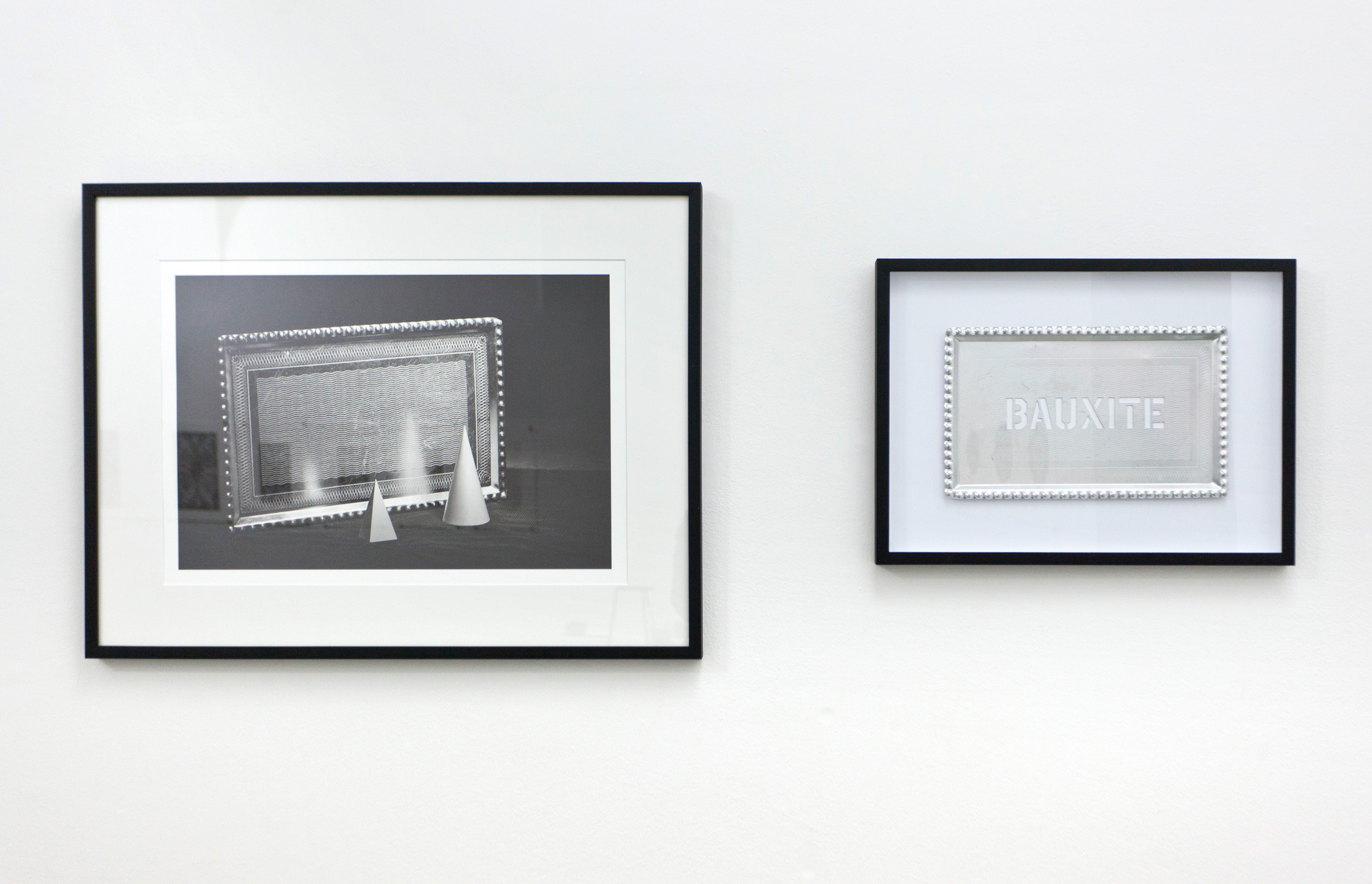 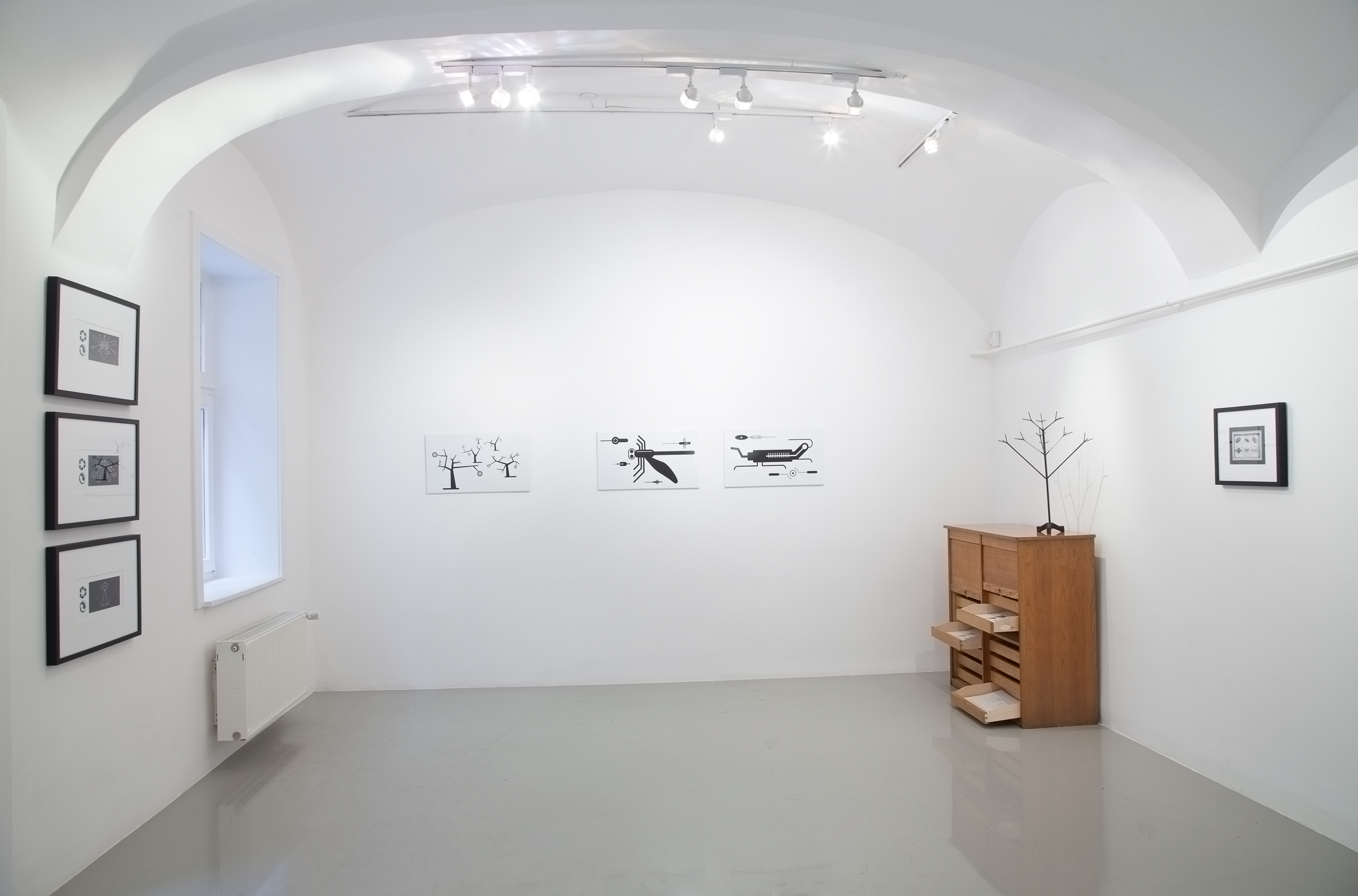 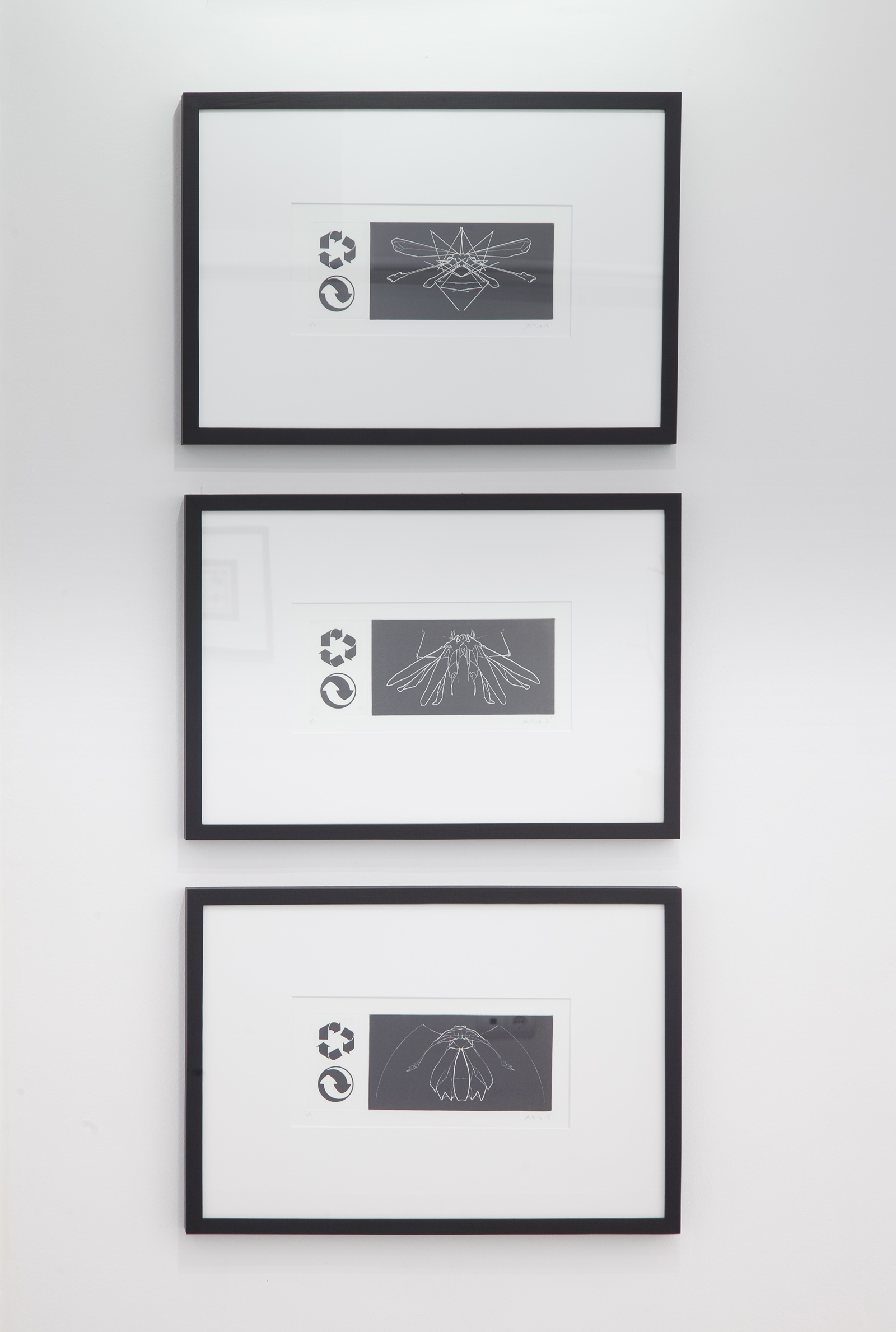 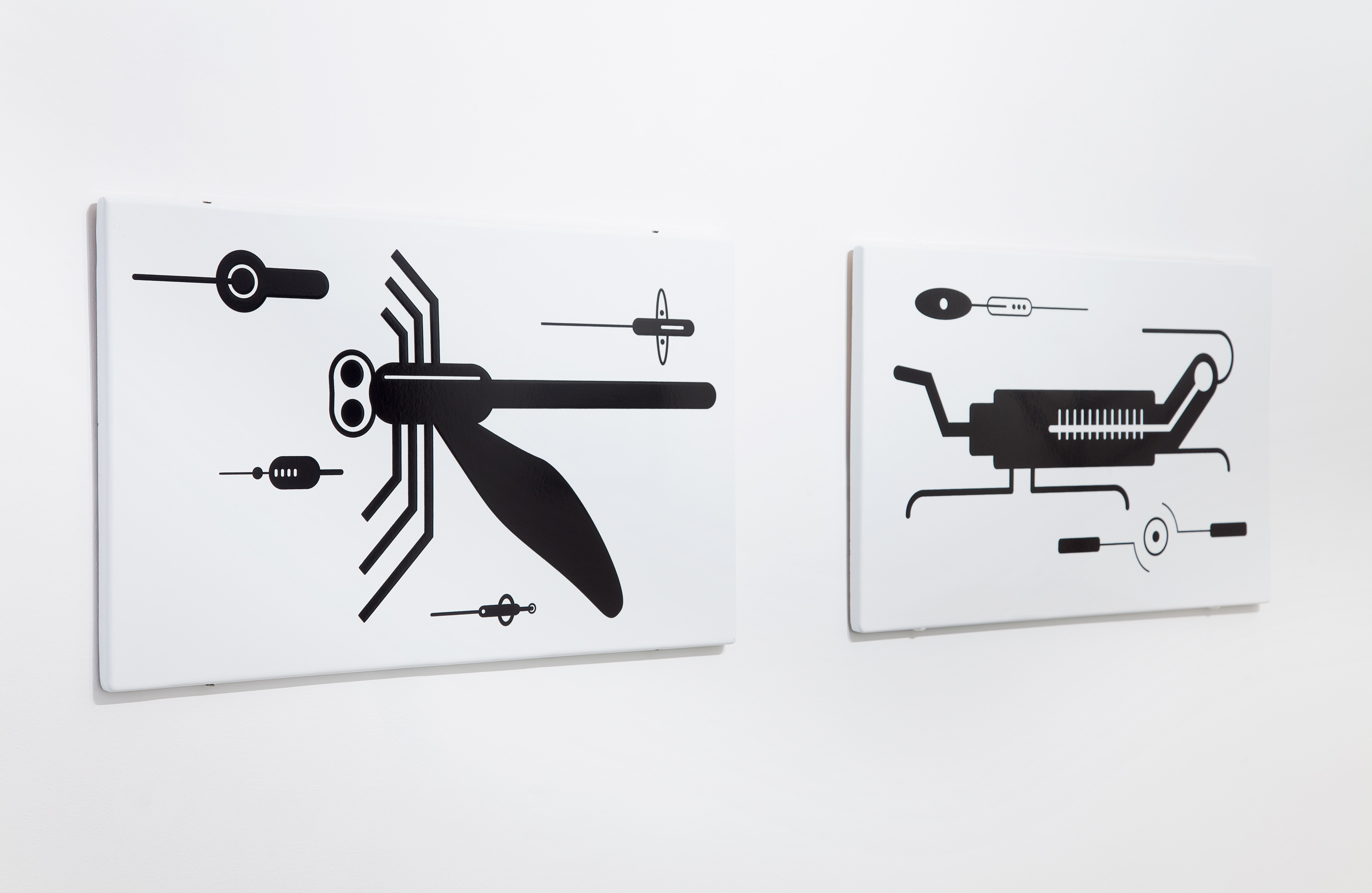 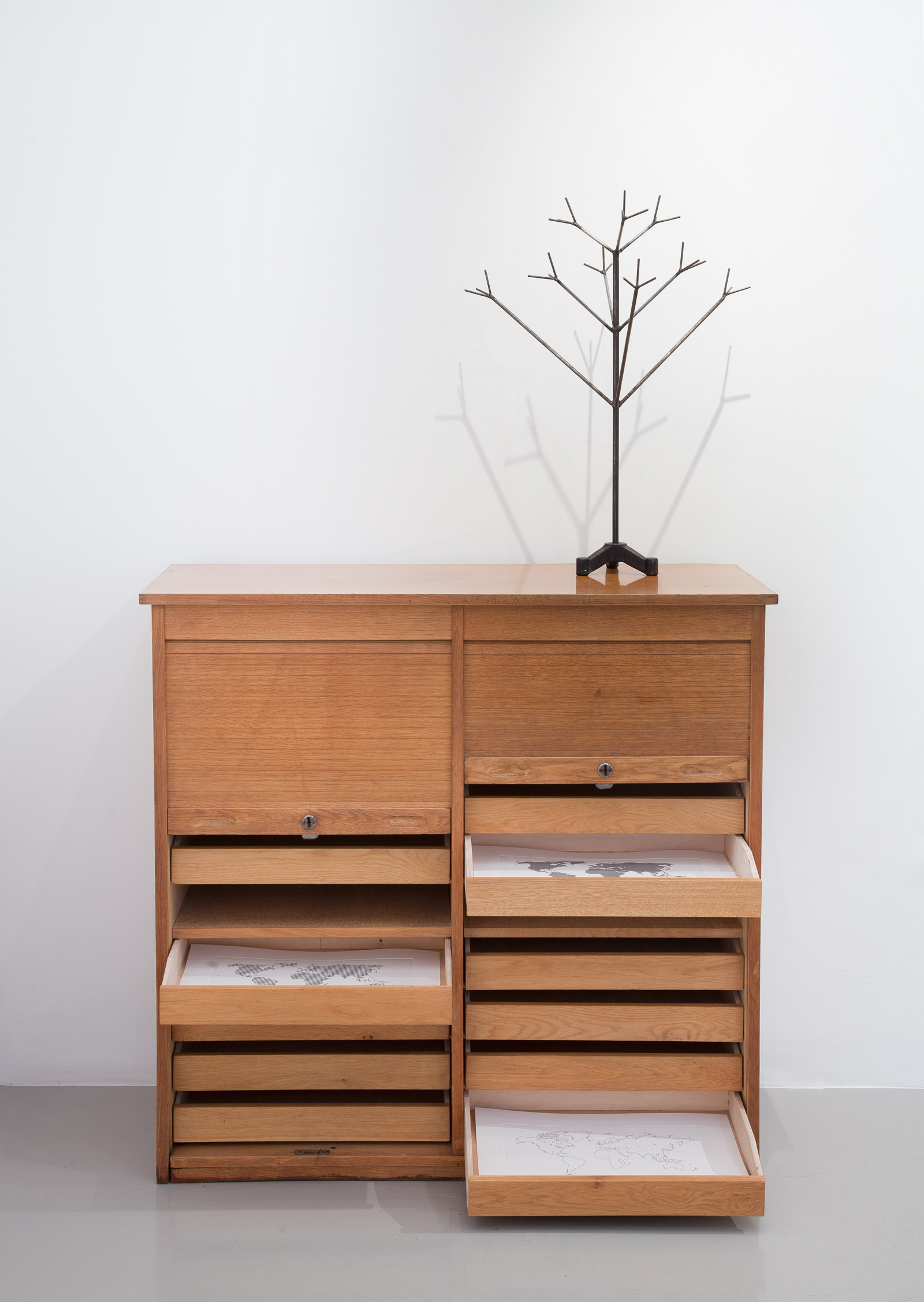 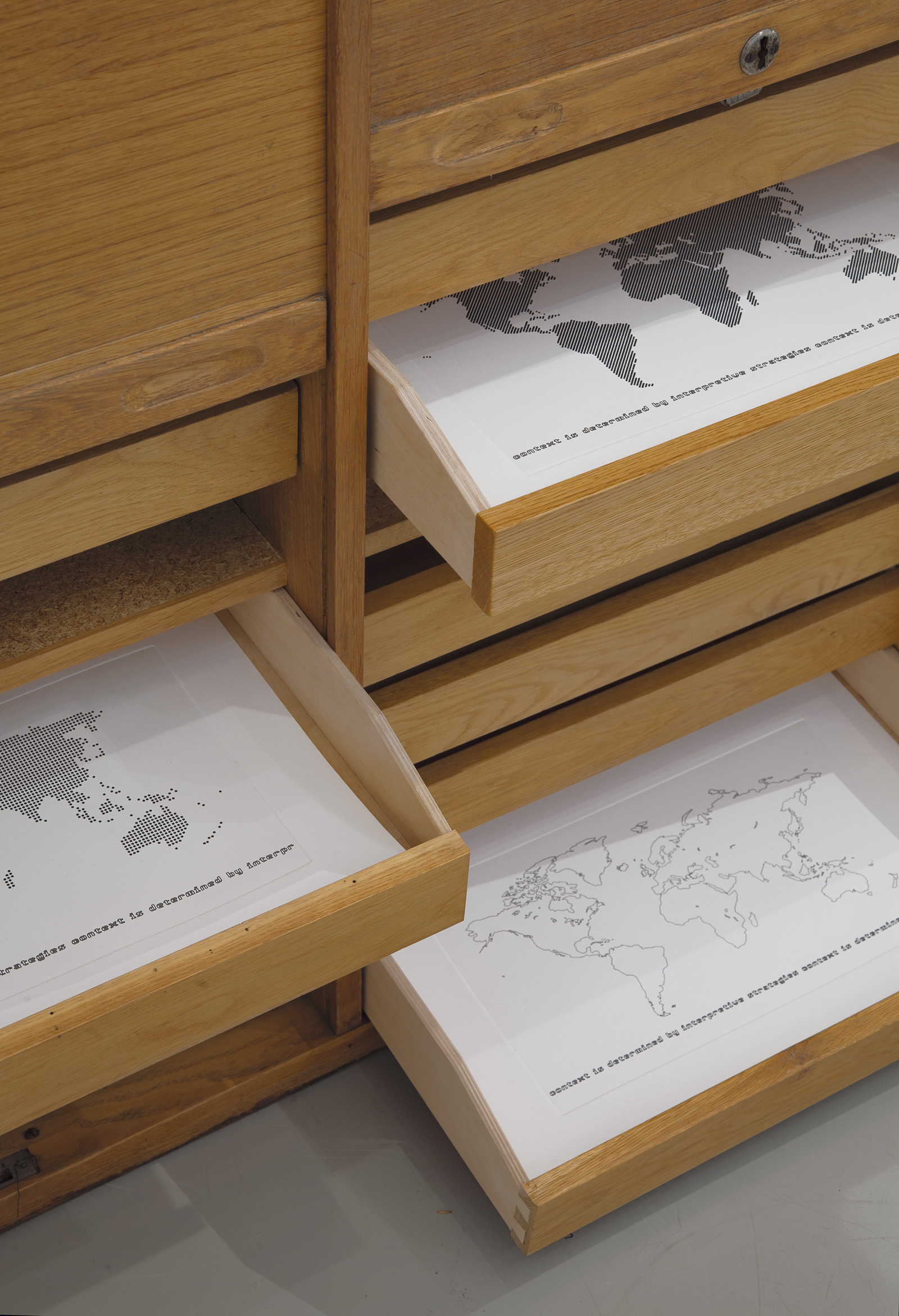 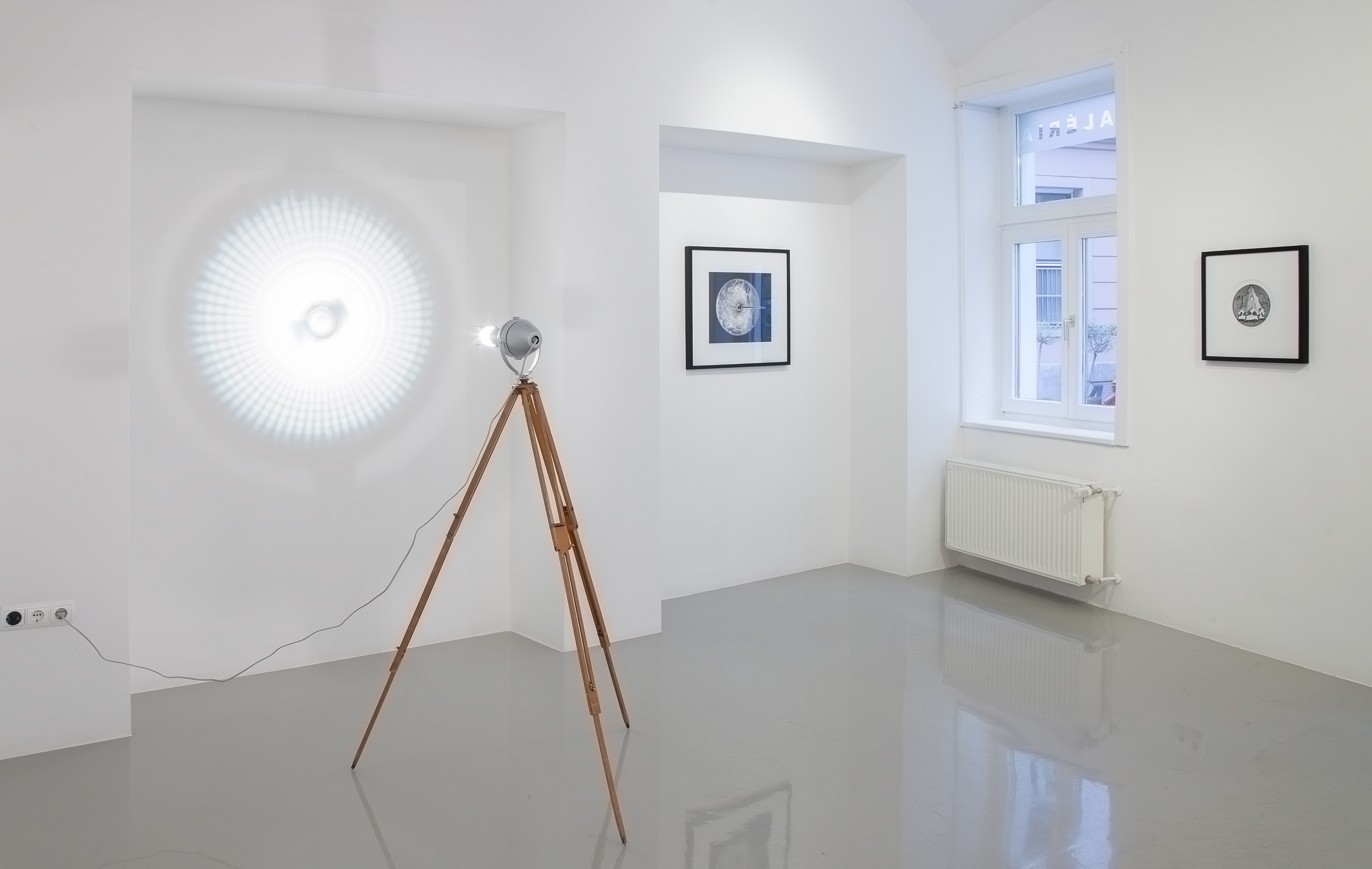 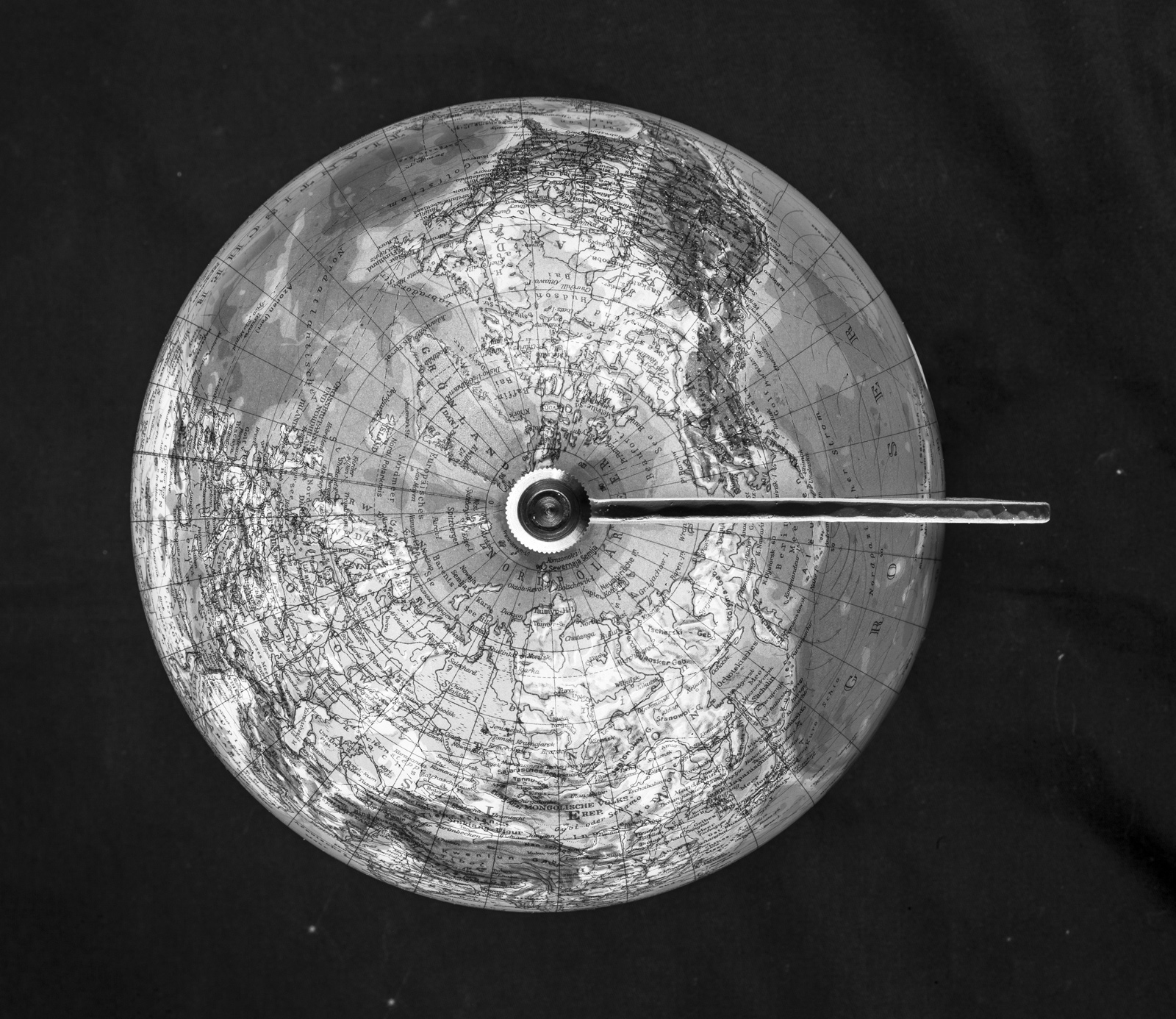 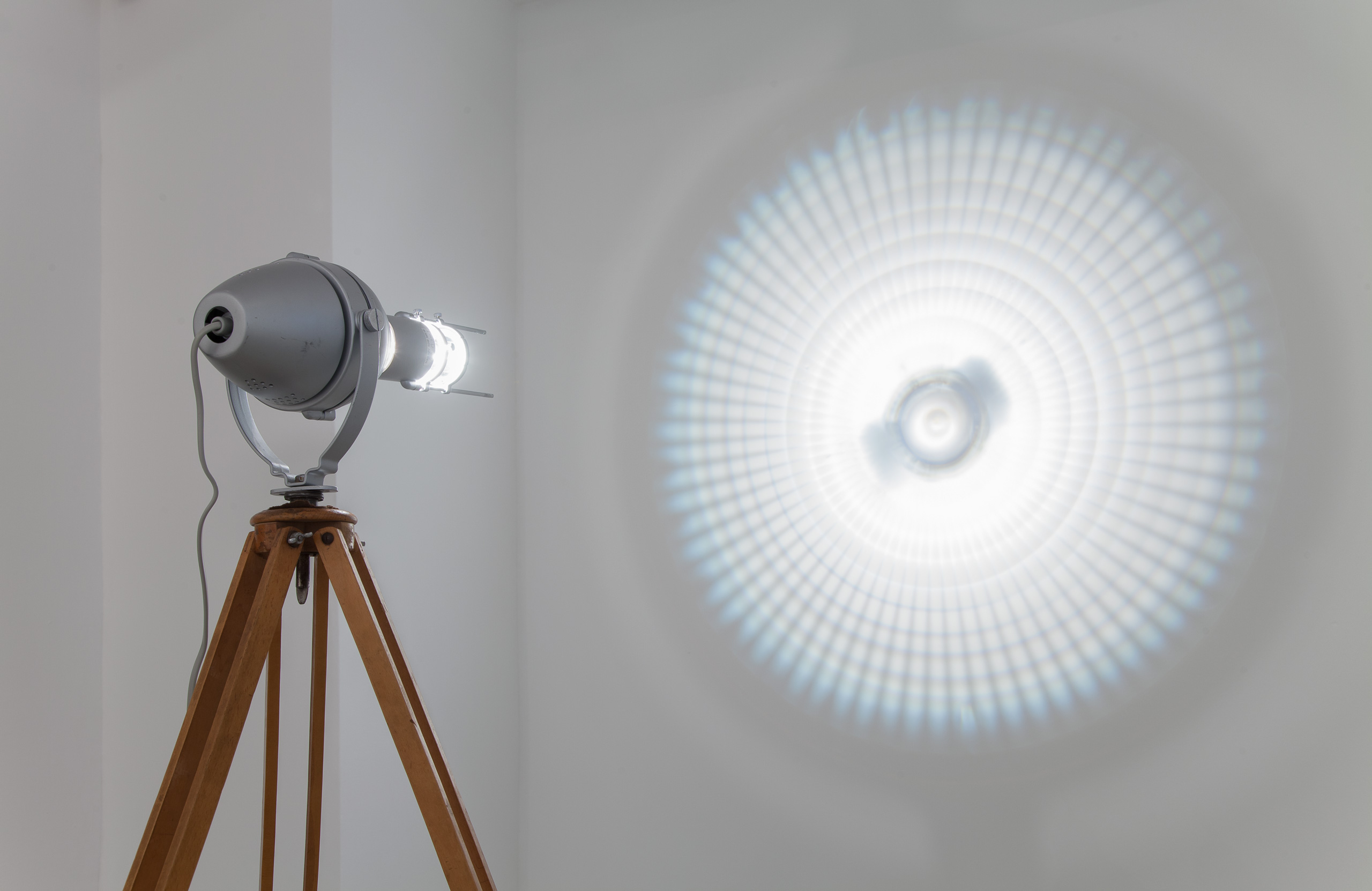