In Ádám Albert’s video work Iron Oxide, the term “home” is conceived in two juxtaposed senses: on the one hand, in a narrower sense it refers to the buildings which provide homes, and on the other, in an extended sense, to the ecological environment (oikos) which surrounds us as our home.

The video shows the process of slicing of a huge red limestone from Tardos. The visual and aural monotony of the electric saw’s movement is broken by an animation: colourful carapaces of a spinous spider crabs hover slowly into the film frame.

The Tardos red limestone was the so called “red marble” – a decorative coating material often used in the tenement-houses around the turn of the 19th century in Budapest. The red colour of this well- known element of domestic warmth and familiarity is due to its high content of iron-oxide. From the aspect of the video work, it is also of importance that iron is an element which is not only a substance found in the Earth’s crust, but it is the life sustaining mineral composite of all earthly organisms. Interestingly, the Tardos limestone, apart from the iron oxide, also contains plenty of tiny, hardly visible snail or crab carapace pieces. Thus, the “red marble” coating of the houses integrates the remnants of our immense ecological environment (caput mortum) into the domestic environment in an almost invisible way. The animation of the carapaces in the video work makes the inseparability of these two spheres perceivable, reminding us in a way that the home (oikos) cannot be conceived without its ecological environment. The two permeate each other; due to the continuity of substances, the organic and the non-organic cannot be separated. 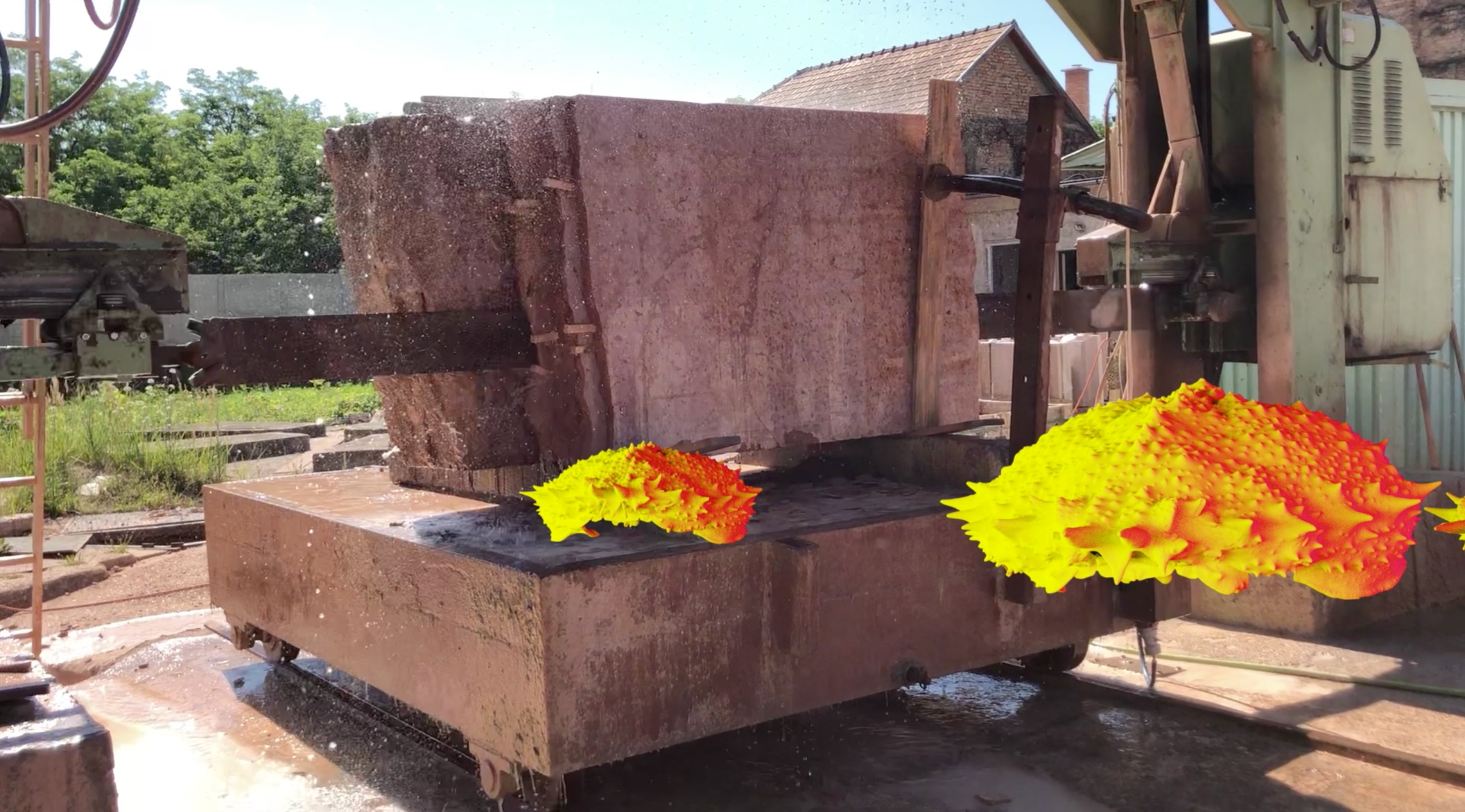 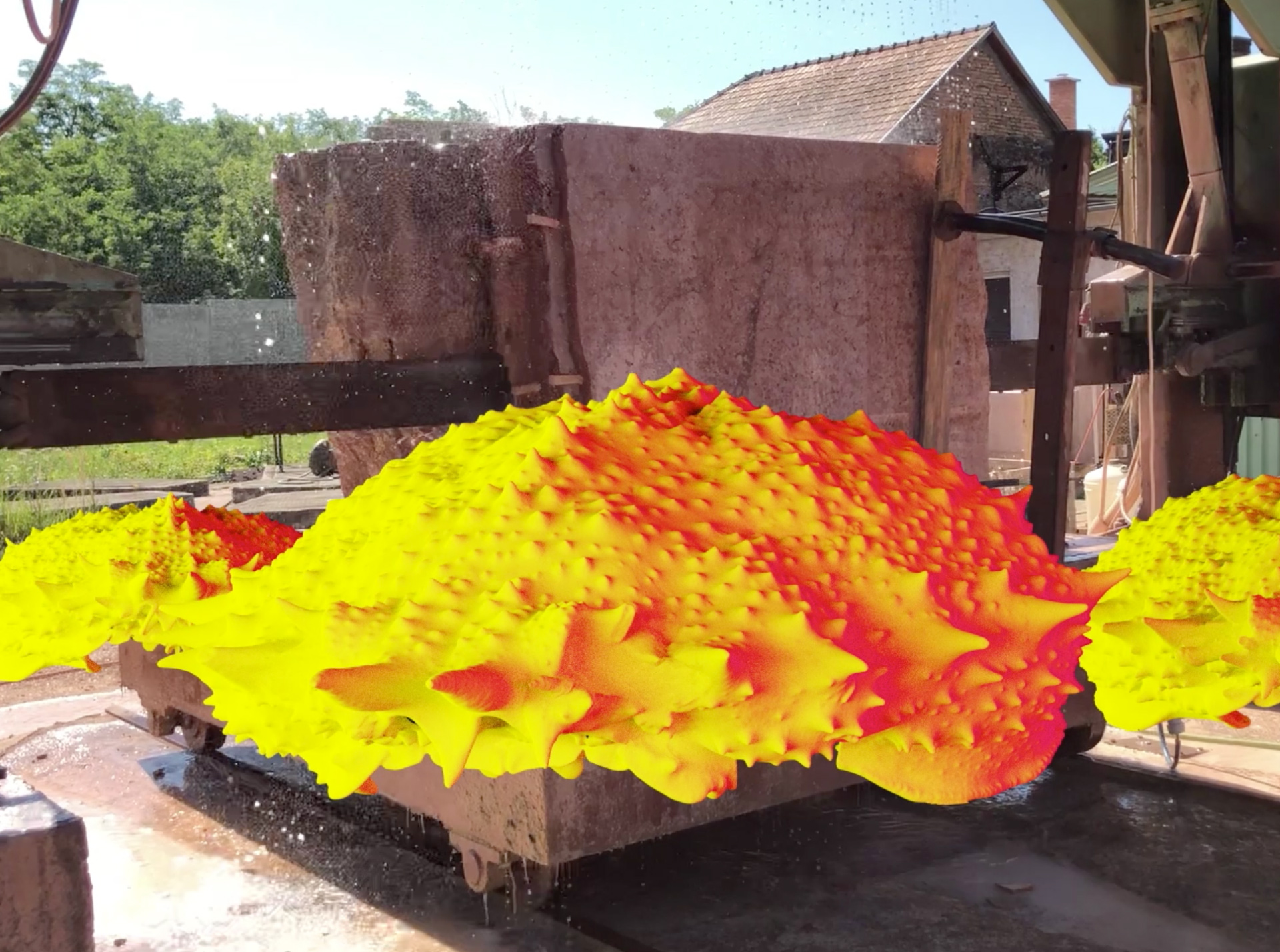