The starting point of the exhibition is Ignác Semmeweis’s hunch, significant from a history of science point of view, about the prevention of childbed fever, which was considered as one of the most serious post-partum infections in the 19th century. Semmelweis thought that infections could be prevented by using calcium hypochlorite for sanitation and concluded that unsuitable hygienic conditions greatly contributed to the spread of the disease. Nevertheless, the change of paradigm which came about in the first third of the 1860s took quite a long time considering that the date of Semmelweis’s discovery was 1847. Based on this, the exhibition examines such unknown, complex systems which inquire the sensitive fabric of global relationships and investigate the options of survival via the metaphor of plant growth.

The exhibition space is some sort of darkroom, in which only artificial sources of light – pink plant growing LED lights – cast light on pieces of the installation. In the blind spot of the exhibition space, crops and carnivorous plants modelling special functions appear, examining the chances of survival, injury, remorse, loneliness, defencelessness and staying alive. Crops refer to the system symbolizing the sustenance capacity of Earth and draw attention to a peculiar situation with reference to Semmelweis. It seems that due to the prevention of childbed fever and thereby improving mortality rate figures he paradoxically contributed to the overpopulation of Earth.

Within the group of artworks, cheap, readily purchasable but deconstructed bookshelves refer to the symbolic forms of knowledge preservation, which thereby appear as a sort of rethought modular system. The wavelength of the light emitted by the lamps is identical to the energy of sunlight promoting plant growth.

Other important elements of the installation are the range of noises filling the exhibition space, which all derive from the vibration of the elements making up the given installation piece. 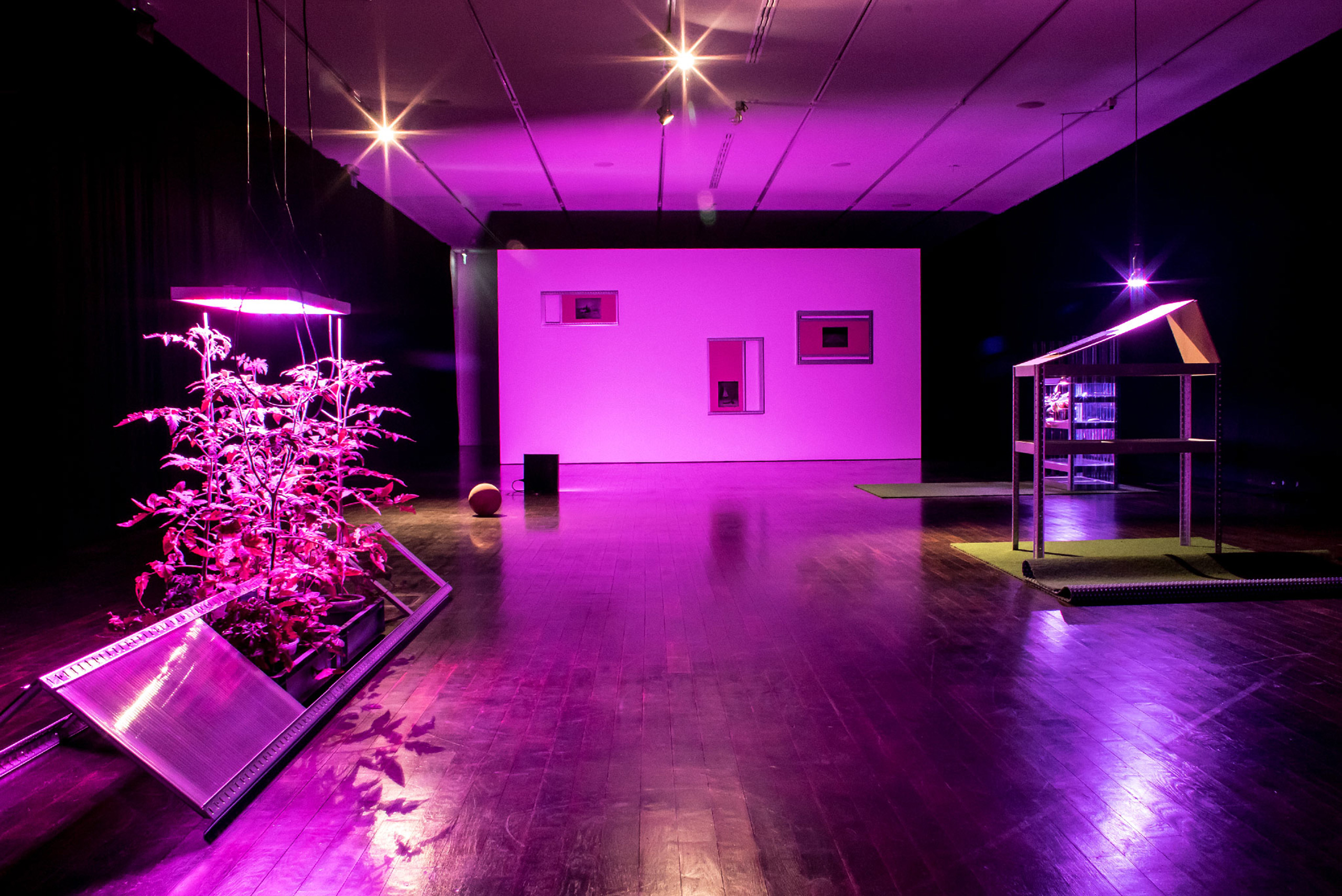 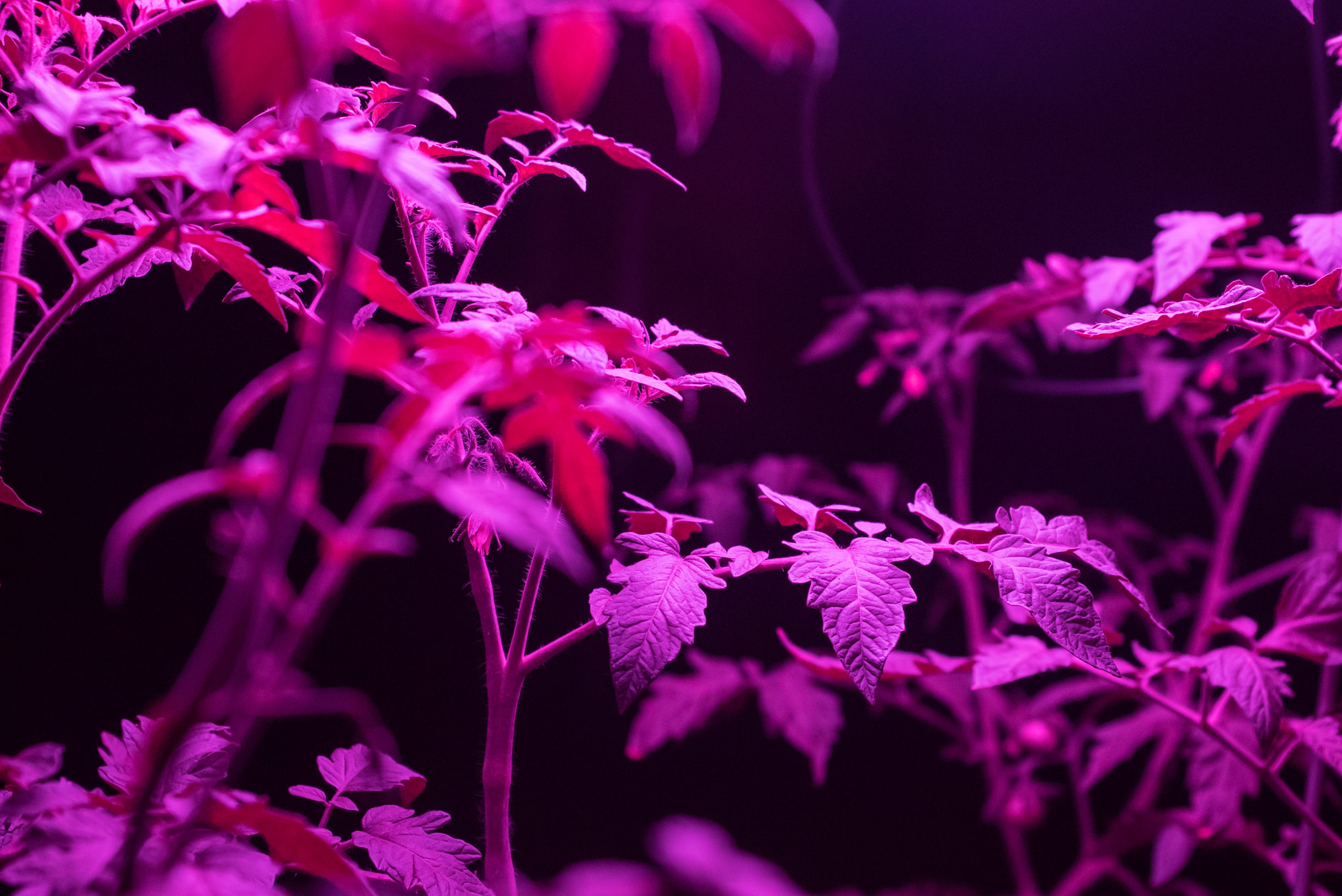 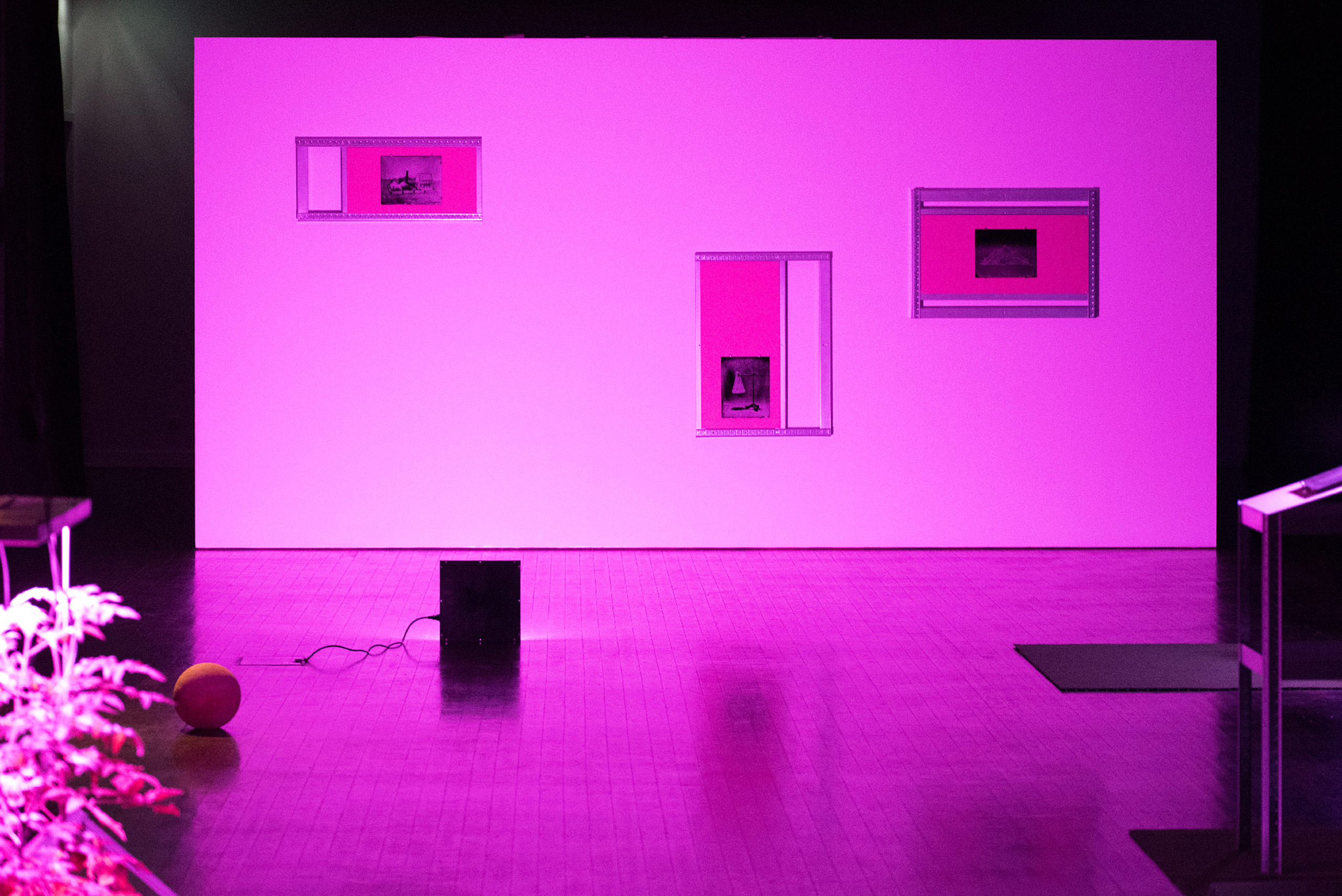 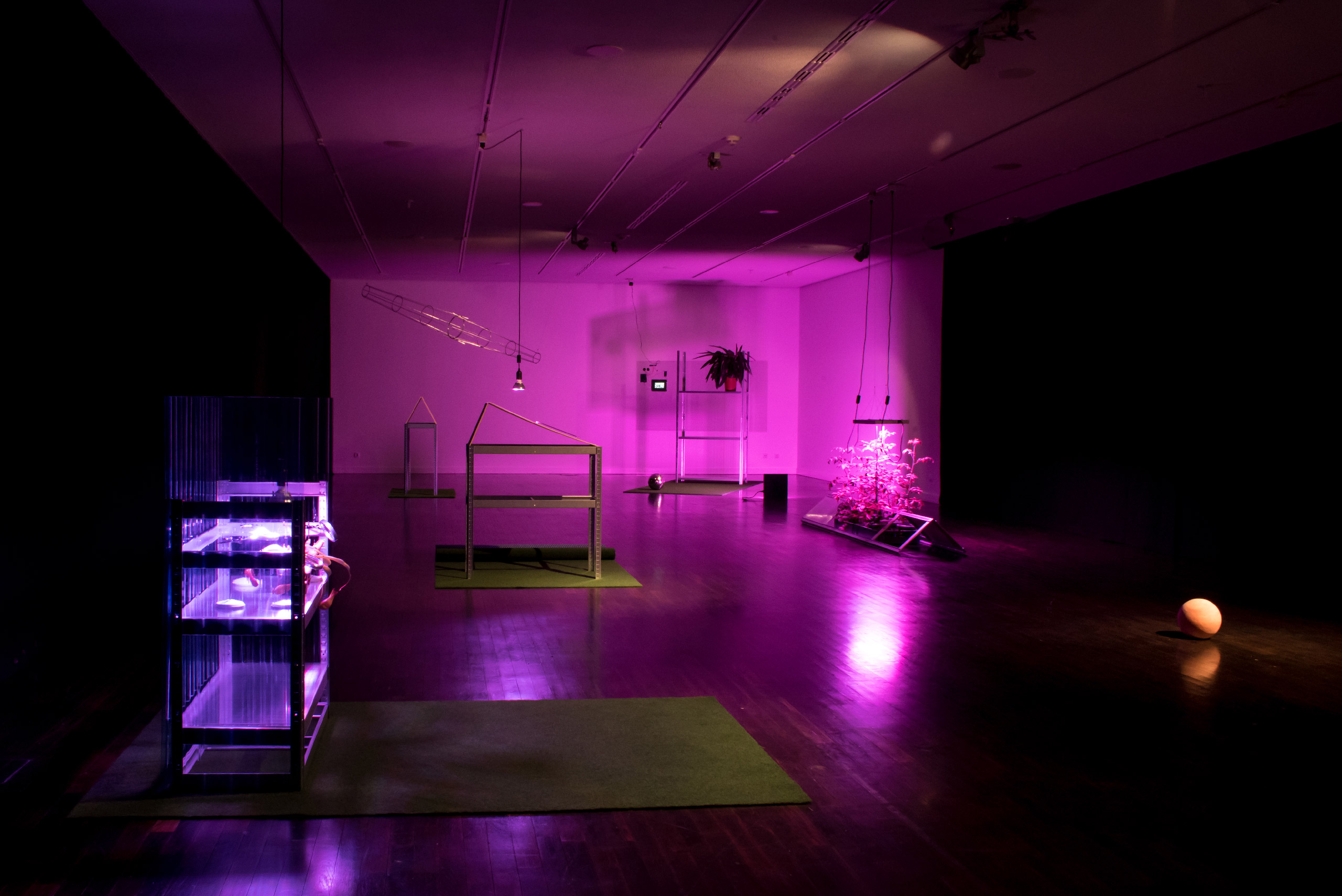 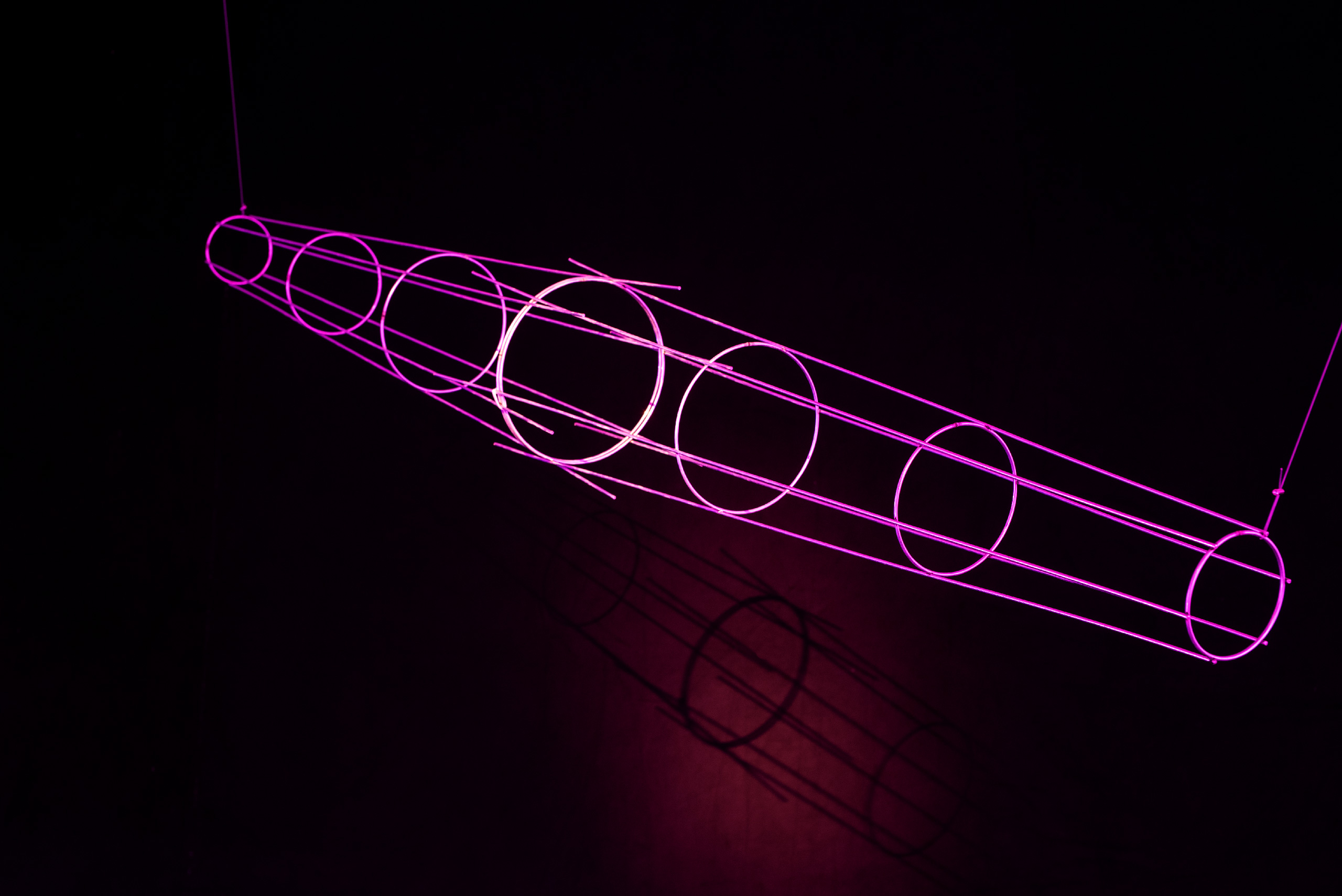 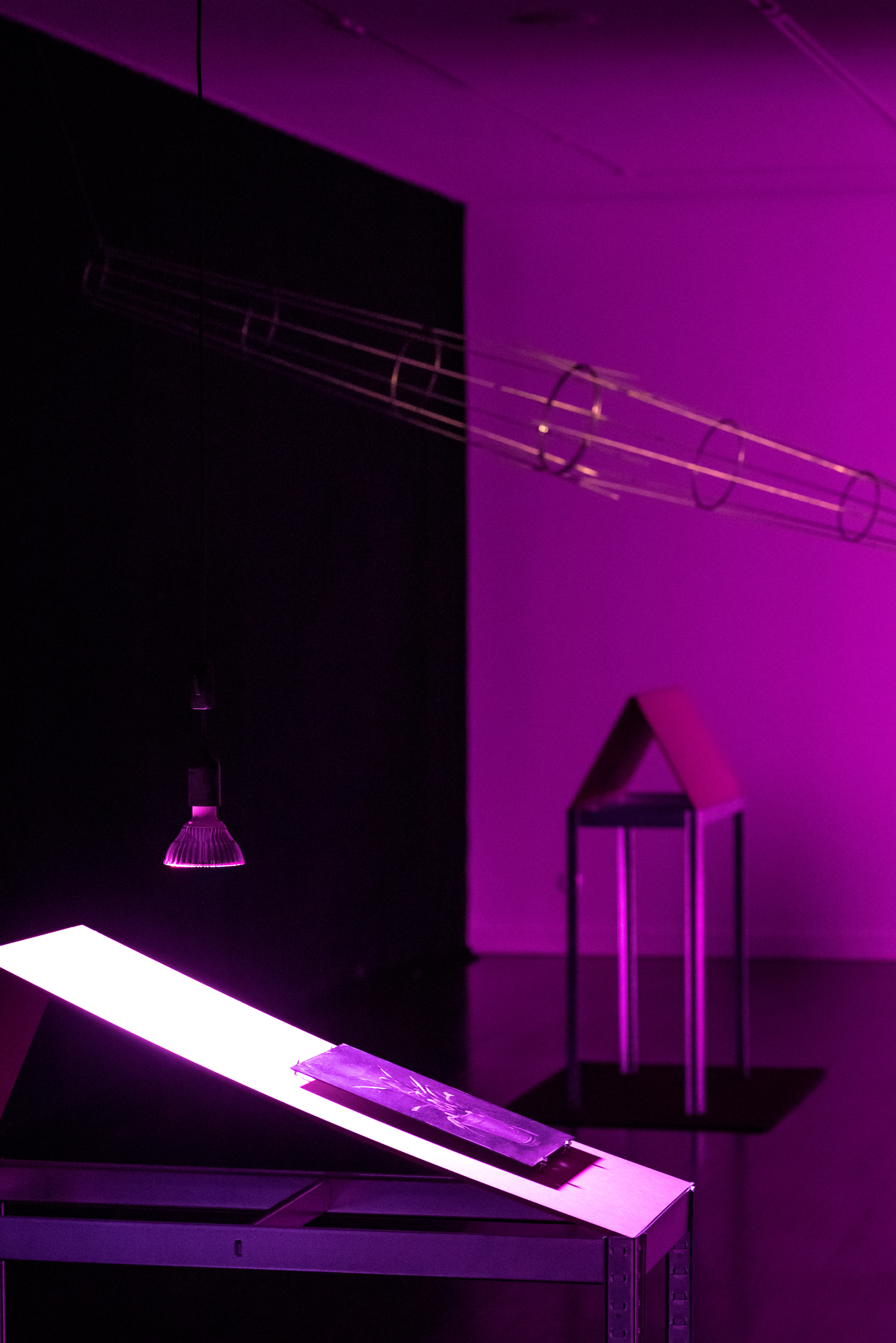 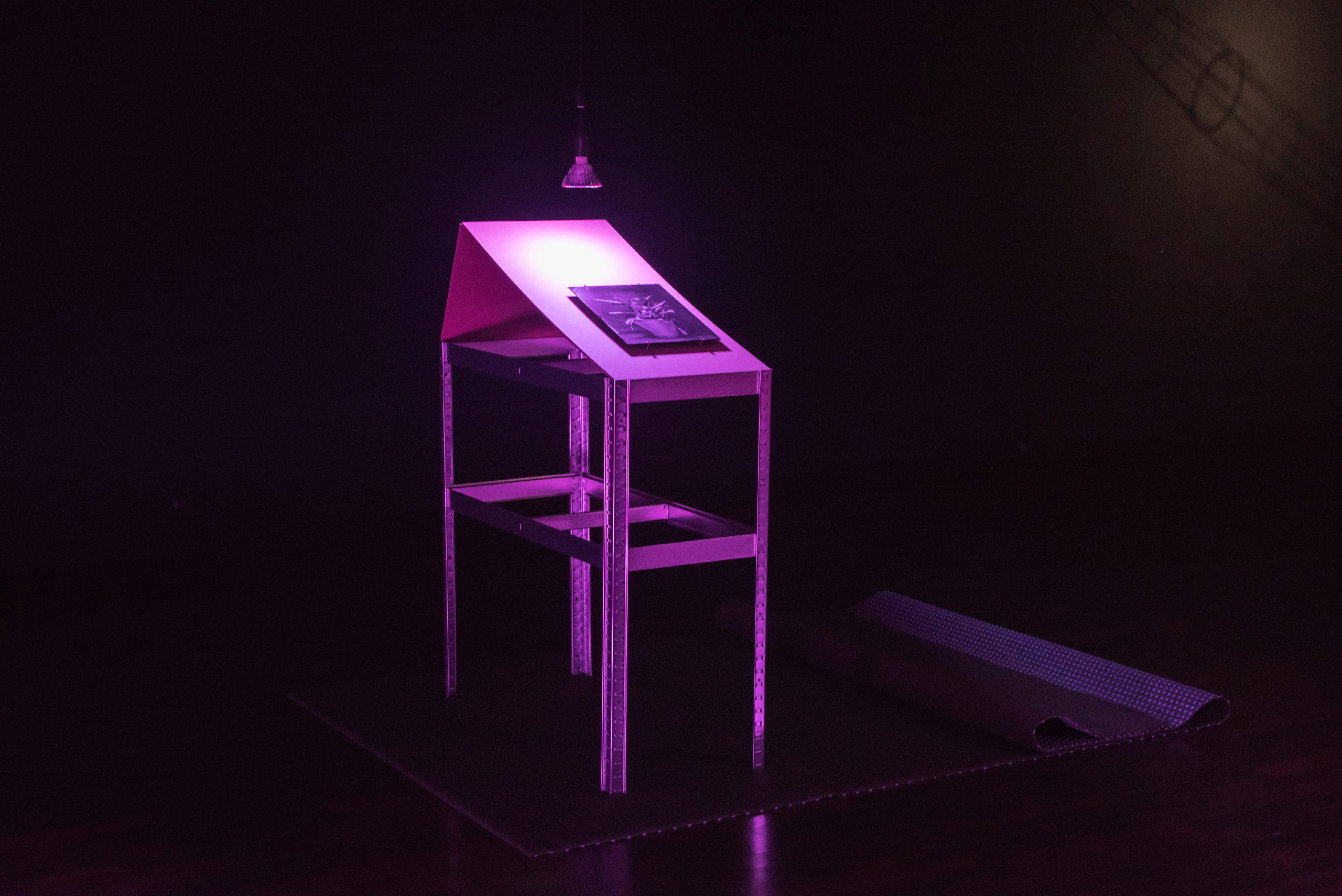 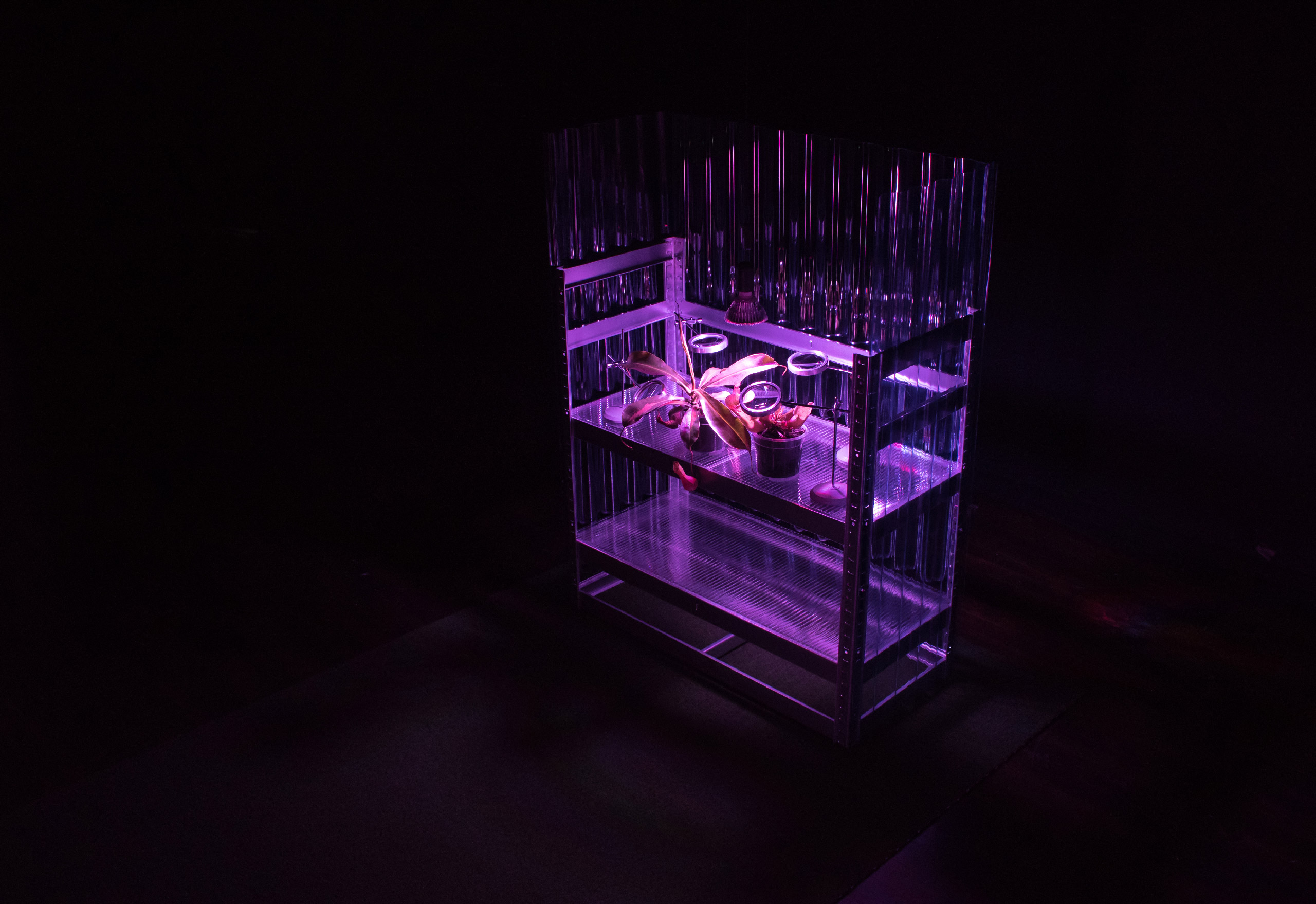 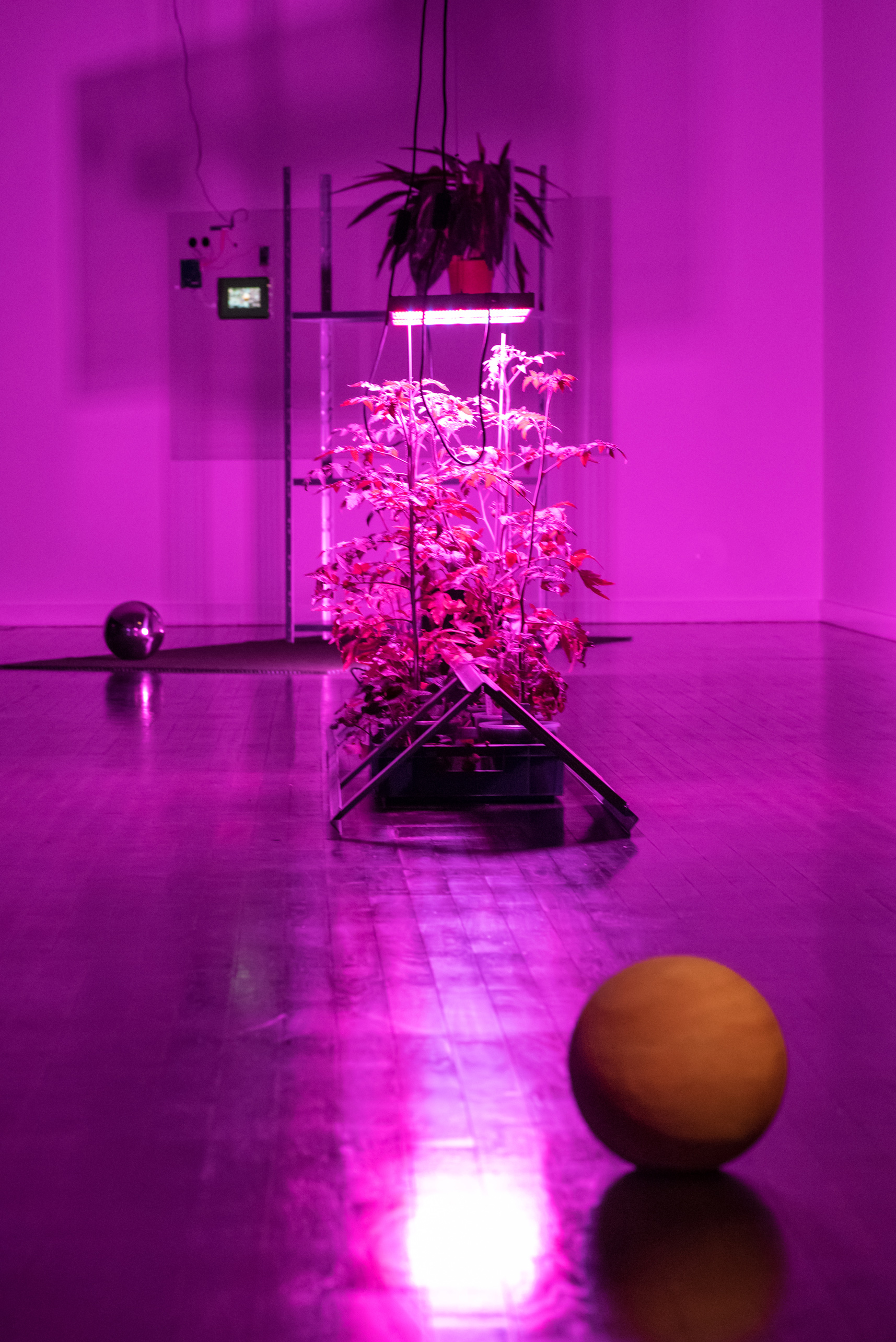 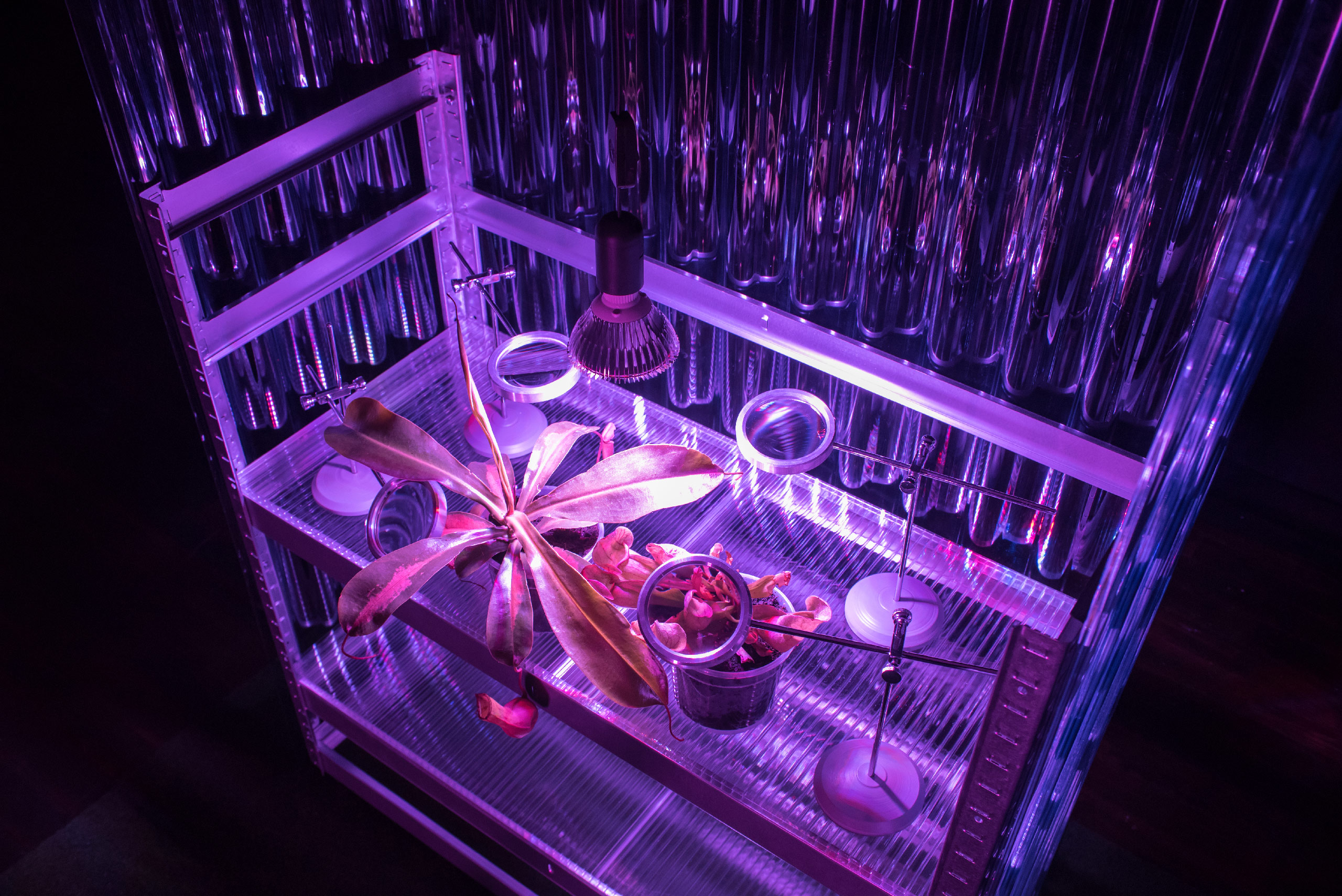 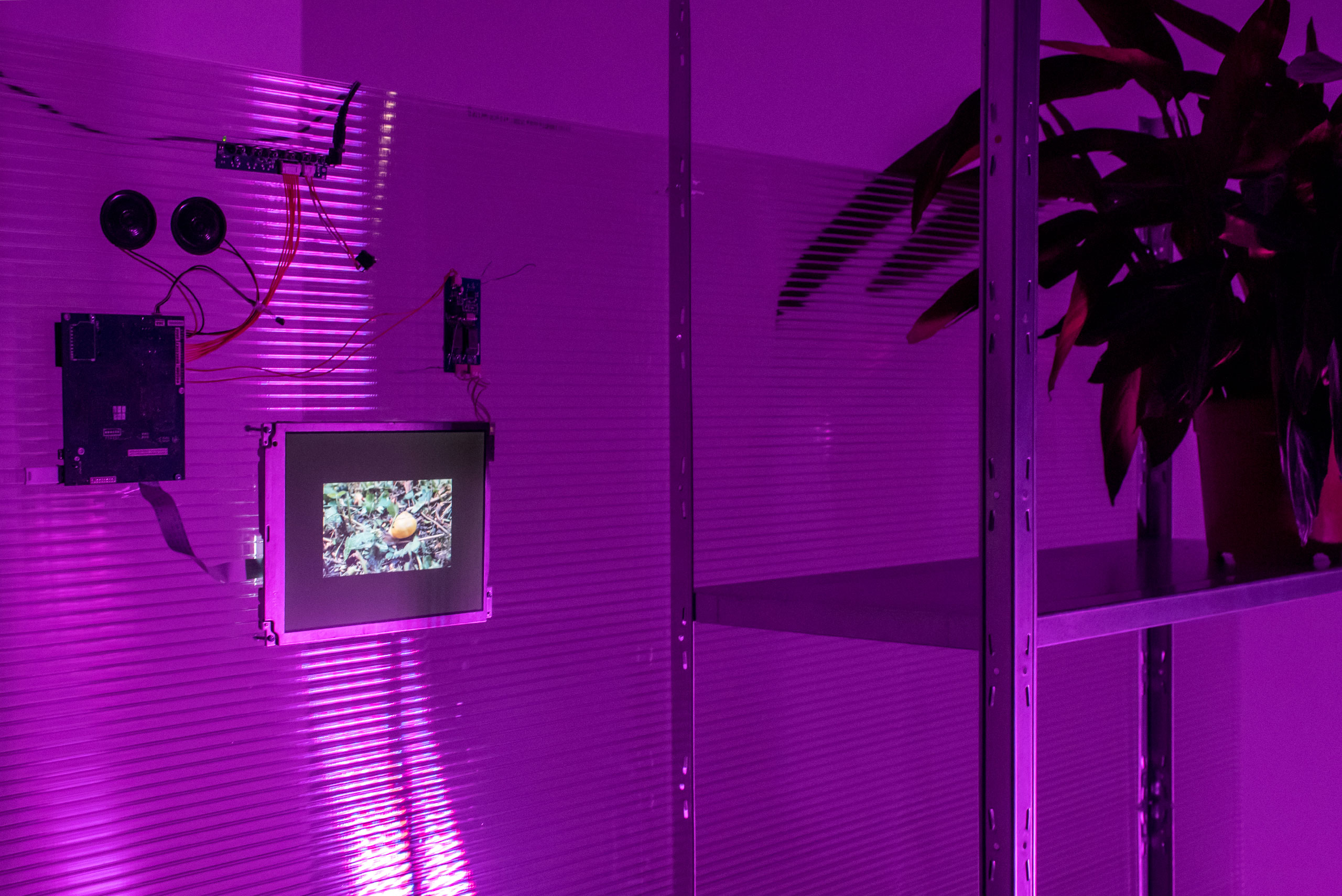 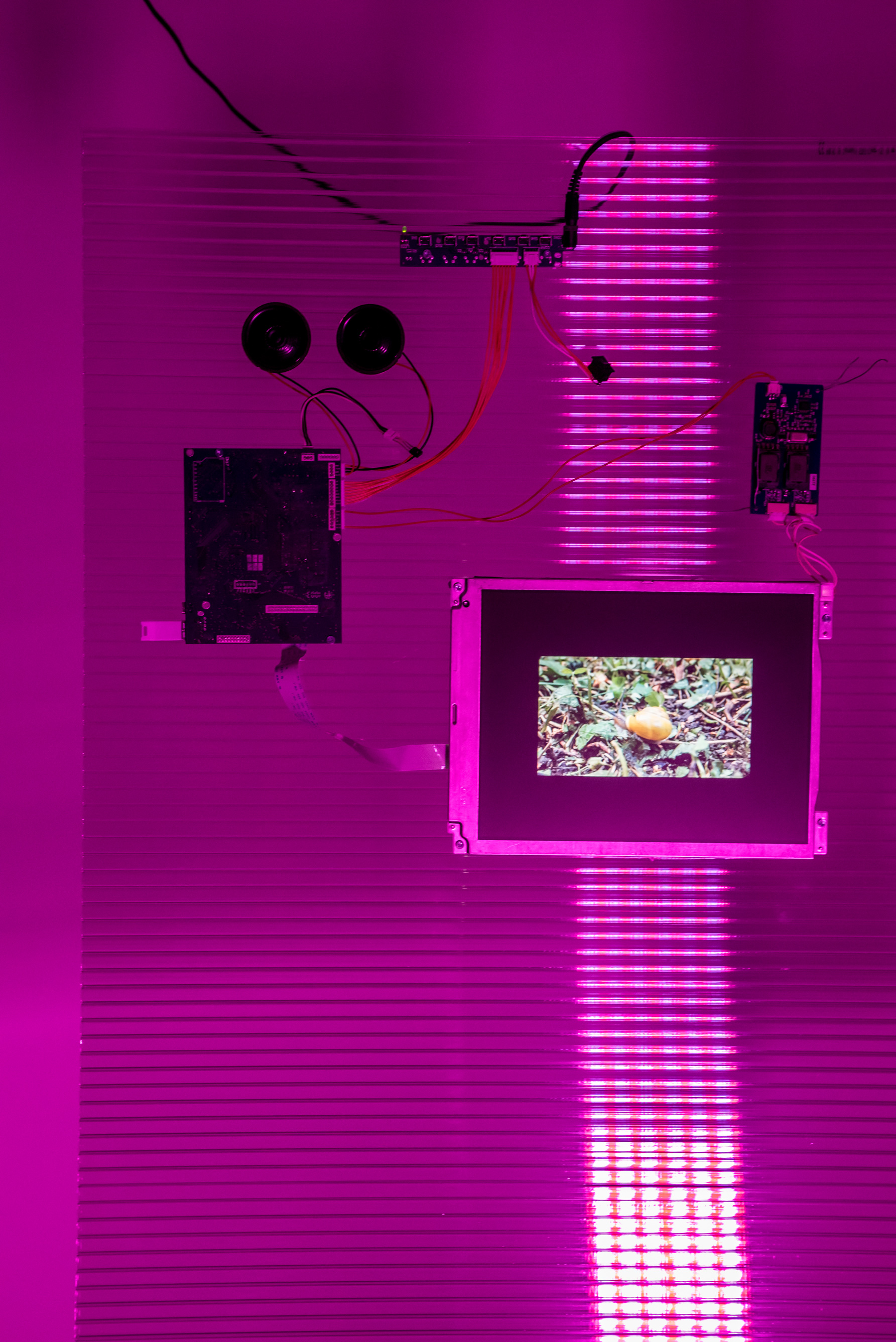 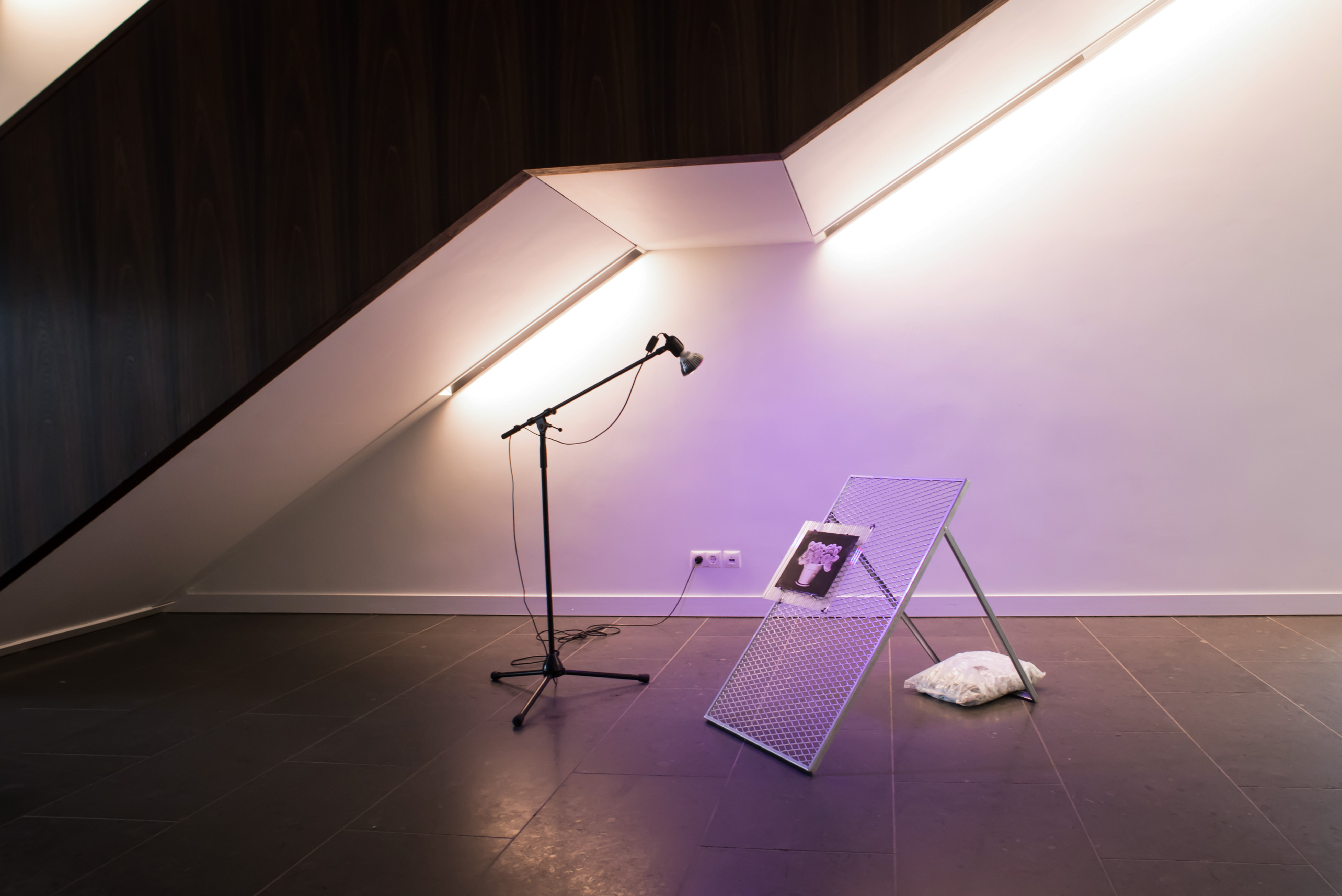 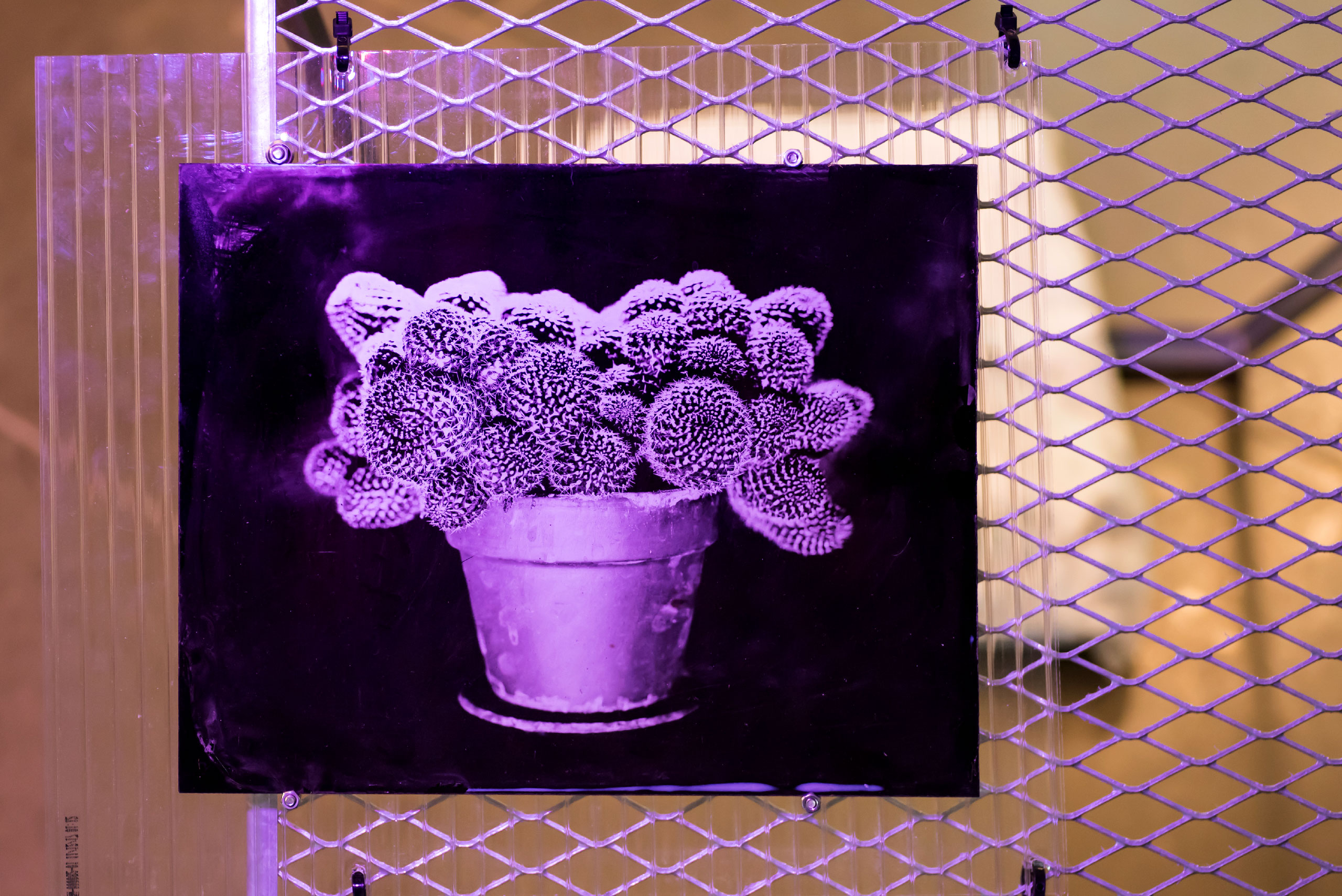 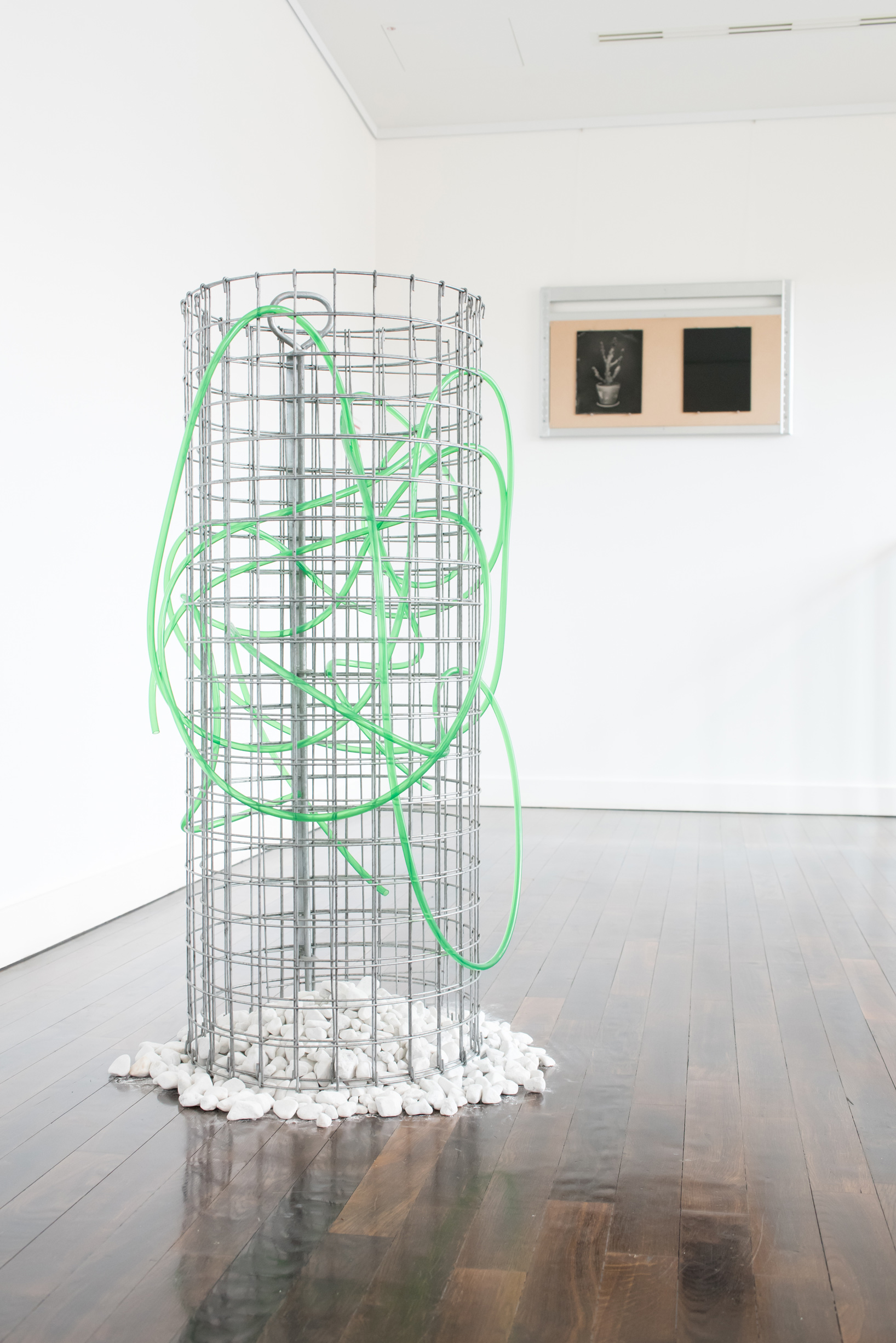 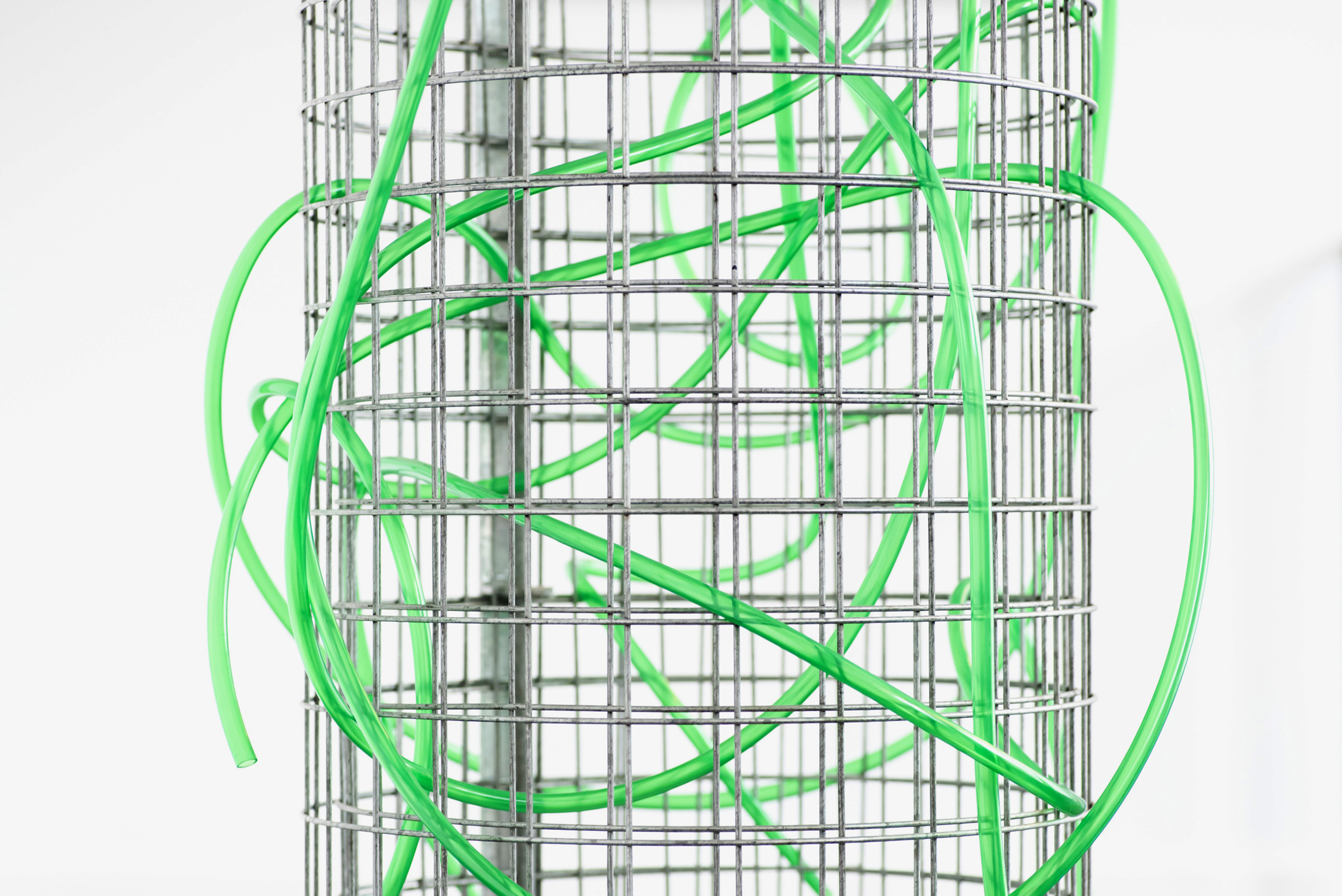